The FAR project webpages have now been published. BU’s pioneering Fair Access Research project has brought together students, SUBU, professional, service and academic staff from across the university to develop and expand expertise and reflexive practice in the field of fair access to higher education. Each member of the team has brought different knowledge and experiences to a series of… Read more » 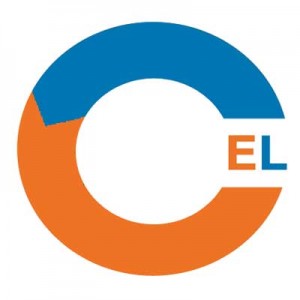 Ellie Harrison reports on her co-creation project ‘Be on topic, be on brand, be on time: Exploring whether the content is king in driving user engagement in the context of television brands’ with  Elvira Bolat as her academic partner: When you think of a dissertation, the first thing that comes to mind is “how am I… Read more »

Zoe Furness reports on her co-creation project ‘Libertad’ with Natasha Jones and Susan Sloan as student and academic partners respectively: The Research Last summer I attended the Communication Summer Academy at Universidad de Las Americas in Ecuador with a group of students from Bournemouth University. An opportunity where students can meet with internationally renowned lecturers, study… Read more »

Megan Mayers reports on her co-creation project ‘BU Student Law Review’ with Professor Dinusha Mendis as academic partner: This report will provide a brief outline of the progress made in the above project. It will highlight an overview of the aims and how we looked to achieve these. It will also unveil the hurdles faced along… Read more »

Louis Moore reports on his co-creation project ‘Understanding Suicide: What role does social media play?’ with Dr Ann Luce as academic partner: At the beginning of this project, I wondered how I might go about researching into suicide. As my project was looking into whether social media has a role to play in suicide, I thought… Read more »

Chelsea Ifunanya Nwasike reports on her co-creation project ‘Genetics for the public’ with Dr. Kevin McGhee as academic partner: Very early on during the creation of the project, On the 21st and 22nd of February, I filmed the workshop organised by Jehannine Austin, Kevin McGhee and team for genetic counsellors, willing to learn and expand their… Read more »

Felix Marrington-Reeve reports on his co-creation project ‘Splash Dance’ with Quentin Corker-Marin and Dr. Reza Yousefzadeh as student and academic partners respectively: Aims ● To produce relatively high quality motion capture ● To add a sense of “human” presence to the piece through the camera, as if it had been “shot” by a production team ● To create… Read more »

Joshua Thomas-Houlker reports on his co-creation Pond Simulator project with Edina Morris and Will Malkin as student partners and Vicky Isley and Valery Adzhiev as academic partners: At the start of this project I conducted primary and secondary research. I went online and researched games similar to Water Edge and came across 3 different games that stood… Read more »

On the 14th of February 2017, Bournemouth University’s Centre for Excellence in Learning (CEL) in collaboration with the Student Union (SUBU) presented award certificates and prizes to some outstanding undergraduate students of the university to undertake co-creation projects with academic partners. We are delighted to share with you reports from the award recipients, starting with Anni Eerik BA… Read more »

Susanne Clarke – Head of Service Excellence. Creating spaces and environments which bring teams together to unleash creativity and allow game changing ideas to thrive is central to embedding excellence. There is a lot of science behind many approaches to creativity & innovation and the evidence is growing all the time. It can however, be… Read more »