Joshua Thomas-Houlker reports on his co-creation Pond Simulator project with Edina Morris and Will Malkin as student partners and Vicky Isley and Valery Adzhiev as academic partners:

At the start of this project I conducted primary and secondary research. I went online and researched games similar to Water Edge and came across 3 different games that stood out: Among Ripples, Tyto Ecology and GDL: Plant Cells. With respect to our game, we decided that the pH level of water will be the main effector of the game. 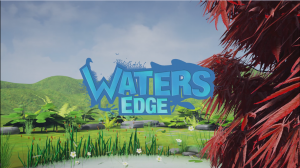 We went to Blashford lakes to get primary data and images of ponds and lakes. We also spoke to Jim the ecologist who informed us about wildlife you can find in a pond. I took part in pond dipping to expose the insects and algae within the water. We went to London to get information on the fish and mammals that will inhabit the water. We went to the natural history museum, science museum and finally the London aquarium. The most helpful was the Aquarium as it showed us vegetation that can be found in the water and highlight problems that affect nature such as acid rain and chemical spills.

During the development of the game we had two beta test, one at an early stage to see how player interact with it, this was a very insightful play testing. Problems like movement, notifications not being seen and extremely difficult were highlighted. We fixed these problems and later tested the game on a variations of age group, from 7- 37 as well as two teachers. From the second test we found big problems like grammar changes, making language more simple and child friendly, more prompts to be added for people struggling. Better score and reward system, video tutorials and instructions, and pH level – needs to be more clear, add prompts at start of game saying its importance and what the high/low numbers mean. These problems were fixed and it created a more polished and child friendly game. 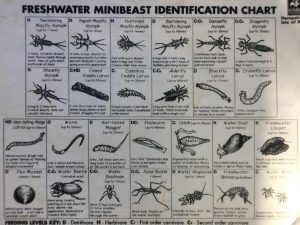 During the creation of the game we had some interesting findings, when testing the game with children we found that children are smarter than we thought. Even though the game was complex, once we break down the information they could take in huge amounts of it in a short period, the only difficulty they had was using the mouse due to them not building that motor skill yet. From this project, we learnt that unreal engine is very powerful and a versatile tool which can create a whole host of games and projects. The genera of serious games are an old medium that still have a strong place in teaching in this digital era, they still have a huge market but there has not been much of a push into the visual side of it in turn limiting the audience they can reach.

As well as that we learnt that ecosystems are very delicate and the smallest change in the pH or animals or outside influence can have a drastic effect on the flora and fauna. This project highlighted the need for balance in nature so animals can live in harmony. Our future plans of the project will be to incorporate more functionality with the game i.e. add mini games, score / leader board system, personalise the helper and add animations. I would like to do a graphics revamp and redo all the animals’ textures and add more detail to them, create animations for all the creatures in the game as well as give the player an option to create their own custom pond using digging tools giving the complete control. The final thing we would like to do is apply for some game conference with the project, allowing it to get more attention and possibly funding allowing my team and I to spend more time working on this project. Joshua Thomas-Houlker can be contacted here for more information about this exciting project.