Chelsea Ifunanya Nwasike reports on her co-creation project ‘Genetics for the public’ with Dr. Kevin McGhee as academic partner:

Very early on during the creation of the project, On the 21st and 22nd of February, I filmed the workshop organised by Jehannine Austin, Kevin McGhee and team for genetic counsellors, willing to learn and expand their knowledge regarding psychiatric counselling. This workshop took place in the Bournemouth university Business Centre in Lansdowne. During this workshop I had with me; a DSLR camera, tripod, Tascam and a shoulder mount rig; all of which were booked out from Media school Bournemouth university. Being a one man filming team; I had to strategically plan my method of filming to ensure I covered all aspects of the workshop and I interview a few participants. 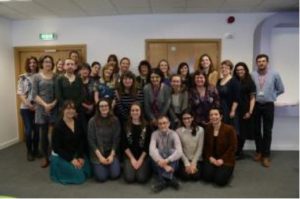 Being a final year student, I had to juggle between my final year project and the CEL project. I held off from the CEL project in March and beginning of April as I had to film my graduation project for my media production course. On the 6th of April, Ash and I met up to discuss updates on the project and was told that the workshop with the public was cancelled, meeting up with her. Since my project was designed to educate the public about genetics, we had to rethink our approach on delivering the message. My plan was to figure out what footage I needed to ensure the video had all the content it needs to be informative and entertaining to the targeted audience and I created a storyboard for the video to guide me.

On the 26th of April, I had the opportunity to present a draft of the video with Ash and was told that the topic had changed to “The science behind psychiatric genetics”. Unfortunately, the interview that was done during the workshop in February, was based around genetics counselling and psychiatric genetic counselling as opposed to purely on the science behind it, which meant that I didn’t have enough footage that covered that topic. In order, for the interview to be purely based on “the science behind it” I needed to interview a new set of people with questions in line to the new topic. So what I did was work with the footage I currently had and left room for the new interviews. Over the next weeks I recorded a few more cutaways footage for the video and on the 23rd of May, I was informed I won’t be able to interview the new set of people anymore. I was given a go ahead to use the footage I previously had and would work-out the title according to the video’s content as long as it was still catered to the public. 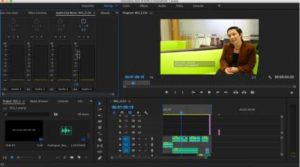 On the 30th of May, I met up with Ash and went through the second draft and made a few changes and adjustments to volumes and text. We met up again on the 5th and 13th of June to go over the third and fourth draft. On the 20th of June, myself, Ash and Kevin went over the final draft and came up with a final name “Understanding Genetics in Psychiatry”.
Everything regarding the video was finalised on the 20th of June and it was uploaded onto YouTube. You can watch the video here!

Working on the project was a learning curve and I am glad I went through the experience and believe I have matured in my filming making ability, especially in my editing ability.

Chelsea Ifunanya Nwasike can be contacted here for more information about this exciting project.