Held over four days at the Excel Centre in London,  BETT showcases the education, technology landscape with 800 +leading companies, 103 Ed tech startups and over 34,000 attendees.

In other words, it’s big and it’s busy. 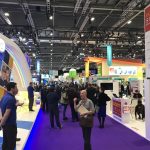 Day One was attended by John Moran, Jenna Giles-Bodilly and David Hunt from CEL. 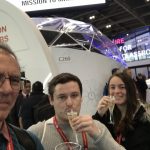 Although there are a wide range technologies being demonstrated, this year it was very heavily orientated towards schools and STEM subjects, and consequently there was not very much that would be immediately of interest to an established University such as BU.

However, there were a few things that warrant further investigation, such as an App from EyeCue that turns an iPad into an interactive 3D scanner with remarkable detail.

A video recording system from VEO Education which allows in-video self reflection, peer review and grading with comments, which looks to have potential for recording and providing feedback on student presentations or PG Cert courses.

The RedBox linked VR system could hold potential, especially in conjunction with 360 cameras and the Class VR Back to the Future VR DeLorean ride was certainly entertaining, although slightly disorientating. 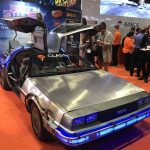 Over all this was an interesting and informative event showing current and emerging technologies and possibly indicating what future students will be expecting from their university experience in years to come. 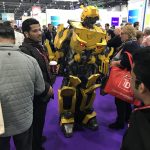