I often ask new students to share one unusual thing about themselves and, of course, I reciprocate. I am a member of the British Origami Society (BOS). Origami is the Japanese art of folding paper and you may have made origami as a child – perhaps a boat, fortune teller or windmill? At our 50th anniversary convention (1-3 September 2017), each day was typical of academic conferences: keynotes, parallel sessions and a conference dinner. The key difference was that parallel sessions comprised active ‘doing’ with the gentle rustle of 20-30 people folding an origami model at various levels of complexity. Each person was facilitated with gentle coaching along by others. There were occasional words when the folding did not work well!

The Origami World is at once strange and welcoming, perhaps like any specialism. Here are some of the work from our special guests, Robert Lang, Tomoko Fuse and Giang Dinh: 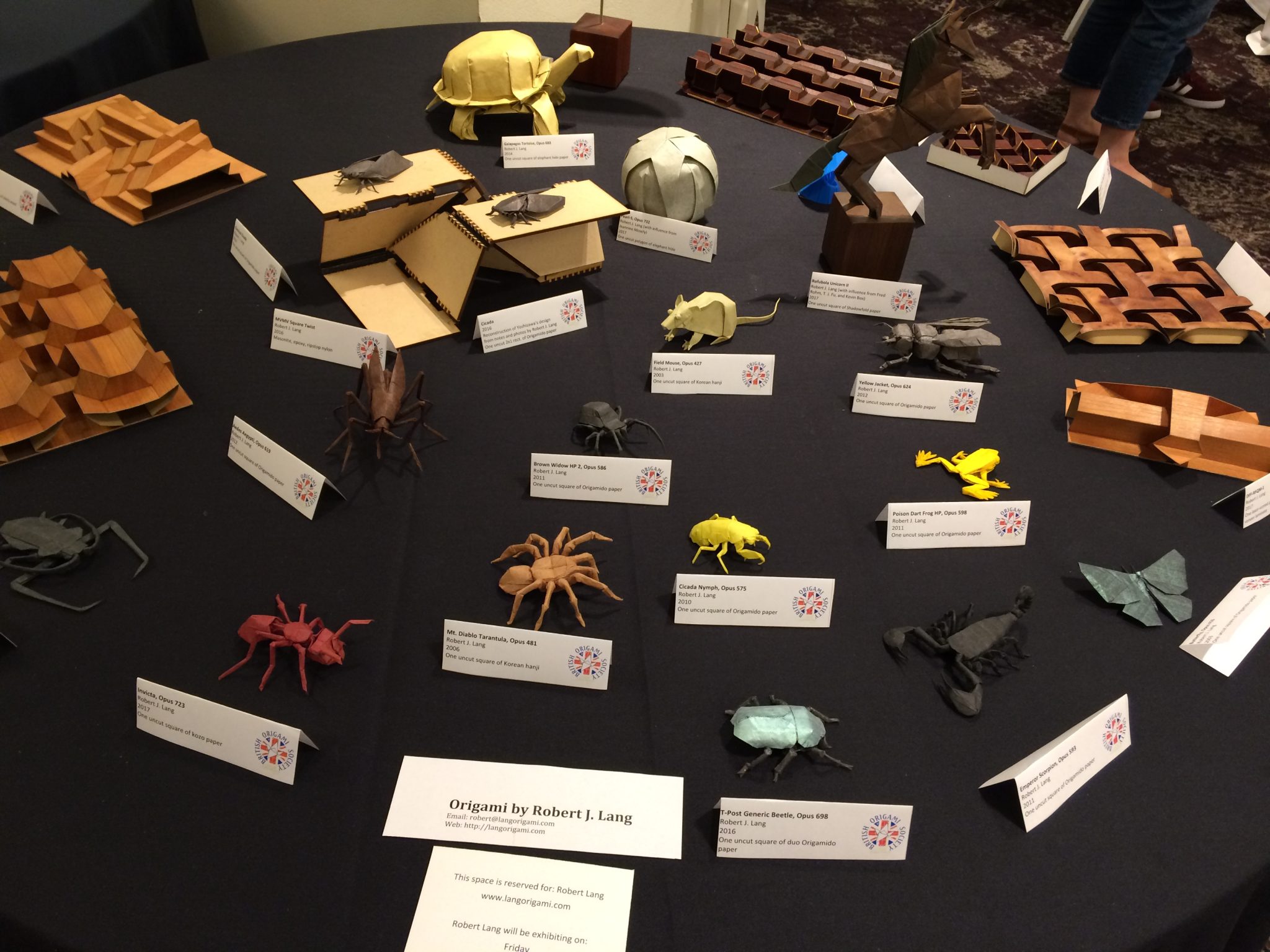 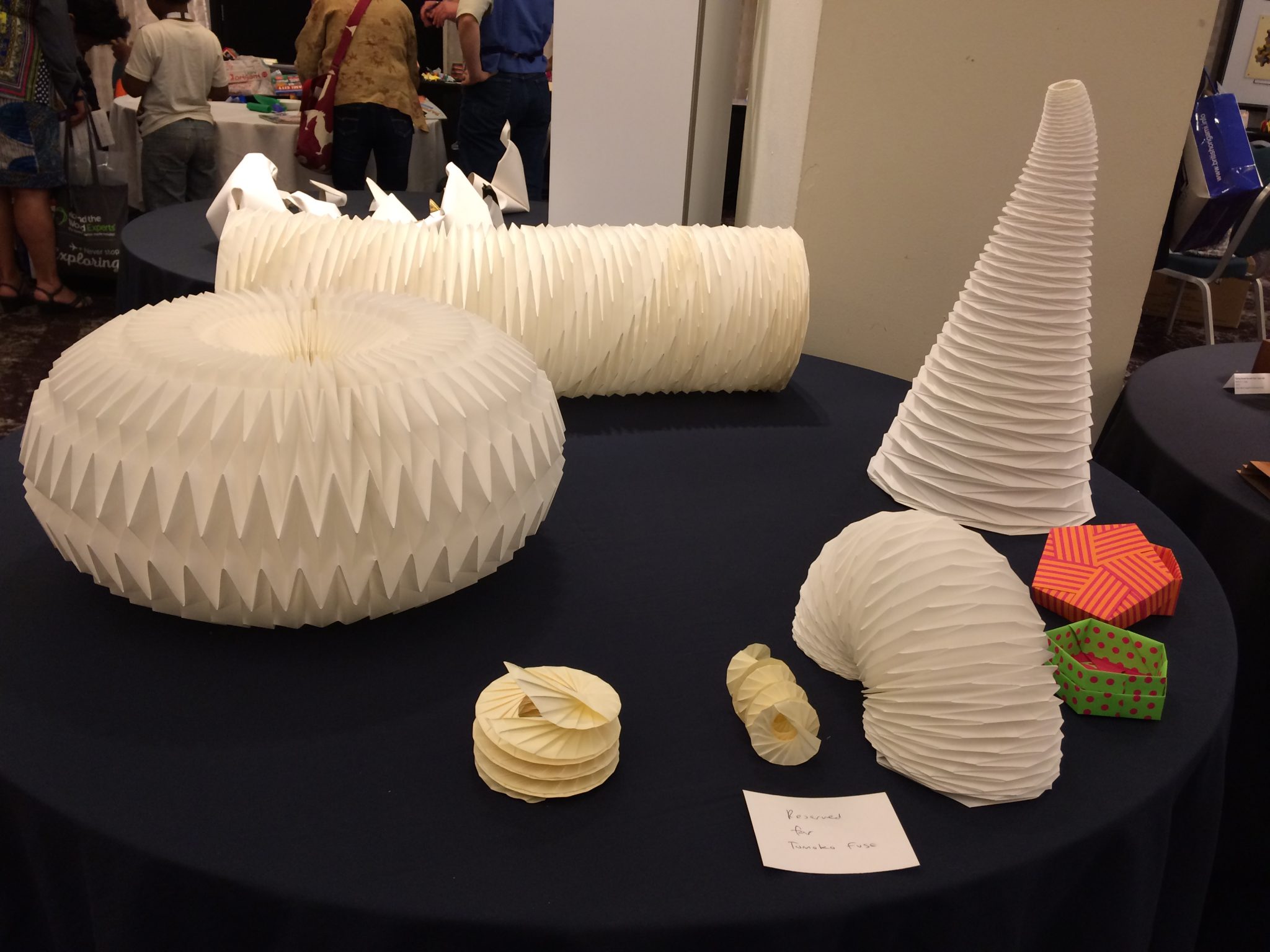 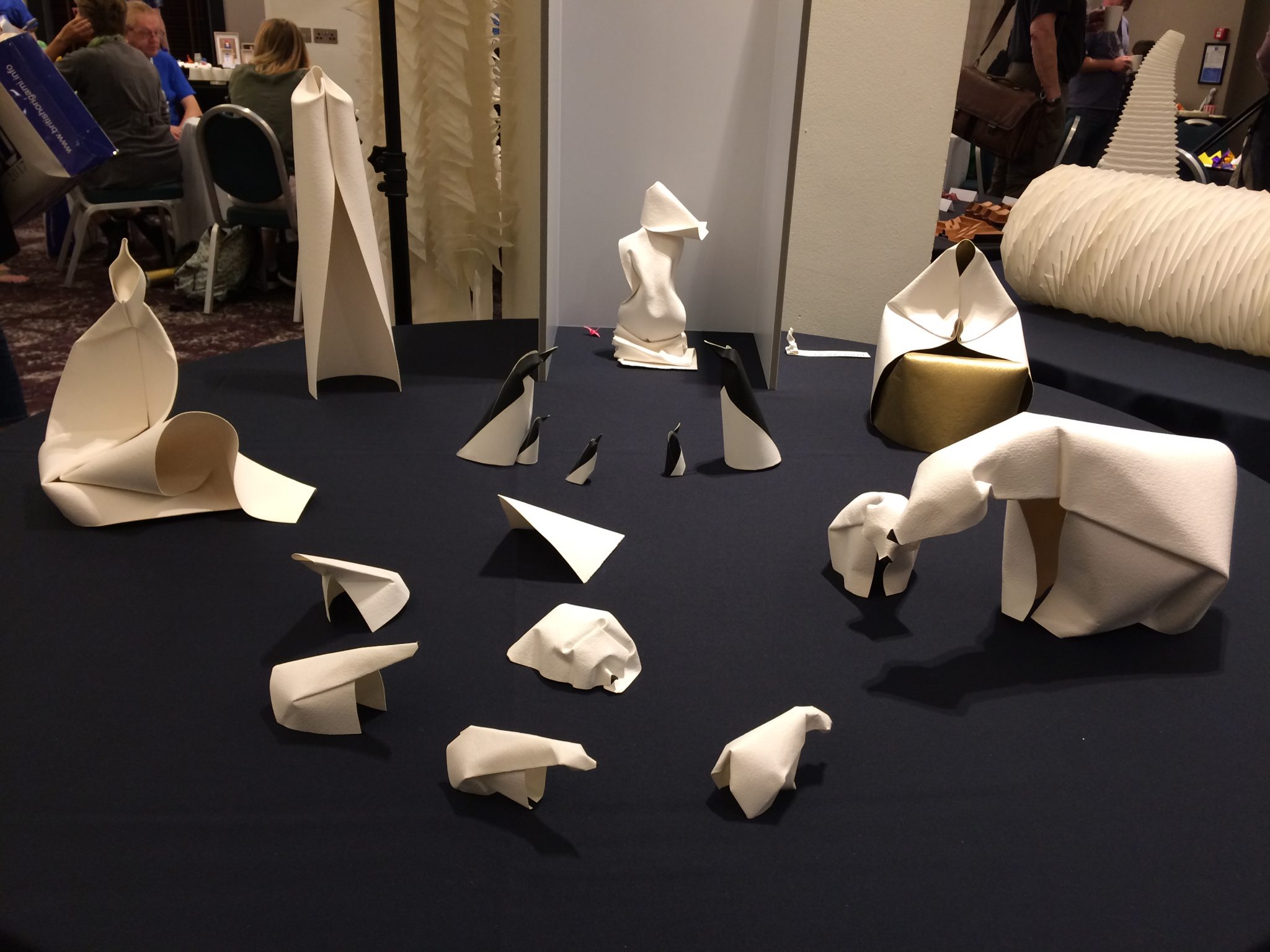 As well as being beautiful, folding can be meditative, challenging, fun and useful. Listening to how engineers, physicists, designers, support workers, artists, maths teachers use origami was fascinating. There are abundant applications in Maths and Science. For example, I met Robert Lang a physicist whose theoretical field includes the mathematics of origami and its applications to engineering. Clarissa Grandi focuses on arts and maths on her website and tweets.  Another perspective is from Alun Kirby, an artist working with folded cyanotypes (paper impregnated with light sensitive chemicals) to explore memory.

CEL will be running a series of workshops on creative processes so I hope you will join me creating some origami!