It was great to see both representatives from CEL, Psych-tech and Computing and Animation come together to demonstrate their cutting-edge technology at this weeks’ Technology Showcase.  The Showcase was aimed both at staff and members of the public, in the lead up to Professor Debbie Holley’s inspirational lecture (Hashtags, Handhelds and Handbags). 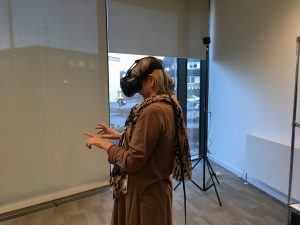 Pscy-tech also brought along their Tiltbrush demonstration, which is also operated using the Vive Headset along with haptic feedback handhelds.  And their impressive 3D printer; along with some examples of models they had printed including: a small version of a human spine, a BU logo and a model of an animal skull to name but a few. 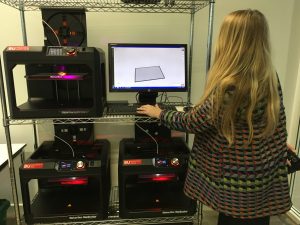 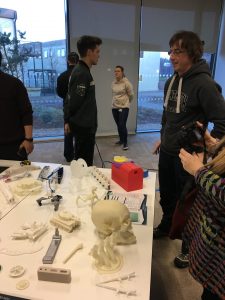 The Faculty of Computers and Animation demonstrated their expensive Augmented Reality HoloLens.  They augmented an avatar onto CEL’s very cool keyboard seats. 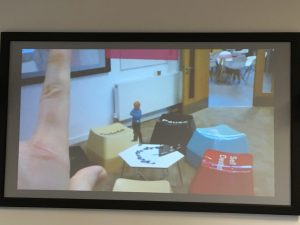 CEL’s own team demonstrated augmented reality Zappar and Aurasma codes, hundreds of Googlecard boards, the new BU drone and two Oculus Rifts (one of which was demonstrating the virtual Avebury build by Liz Falconer and her team). 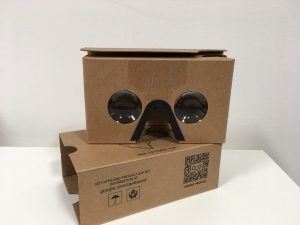 Both staff and the public showed lots of interest in the technology and were able to learn more about some of it during Professor Holley’s lecture.

If you would like to find out more about how staff and students are using innovative technology to enhance learning at BU, then contact the CEL team. 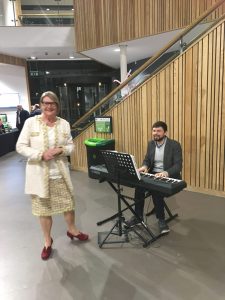