One of the posters presented at the conference for the Association for Learning Development in Higher Education (ALDinHE) was by Sara Eaglesfield of Bucks New University.  It was on the subject of helping students with their writing skills using Howard Gardner’s 1983 Multiple intelligences work as its theoretical framework.

Gardner suggested that the range of human ability could not be explained by a single intelligence and proposed instead a set of 7 intelligences by which someone’s ability could be judged.  Gardner proposed that each person has a unique combination of the 7 intelligences: linguistic, logical-mathematical, musical, bodily-kinaesthetic, visual spacial, interpersonal and intrapersonal.  In Gardner’s theory, intelligence is dynamic and malleable based on our experiences and choices.

The poster’s author asked her students to carry out a multiple intelligence profile and found a dominance for visual-spatial and interpersonal. 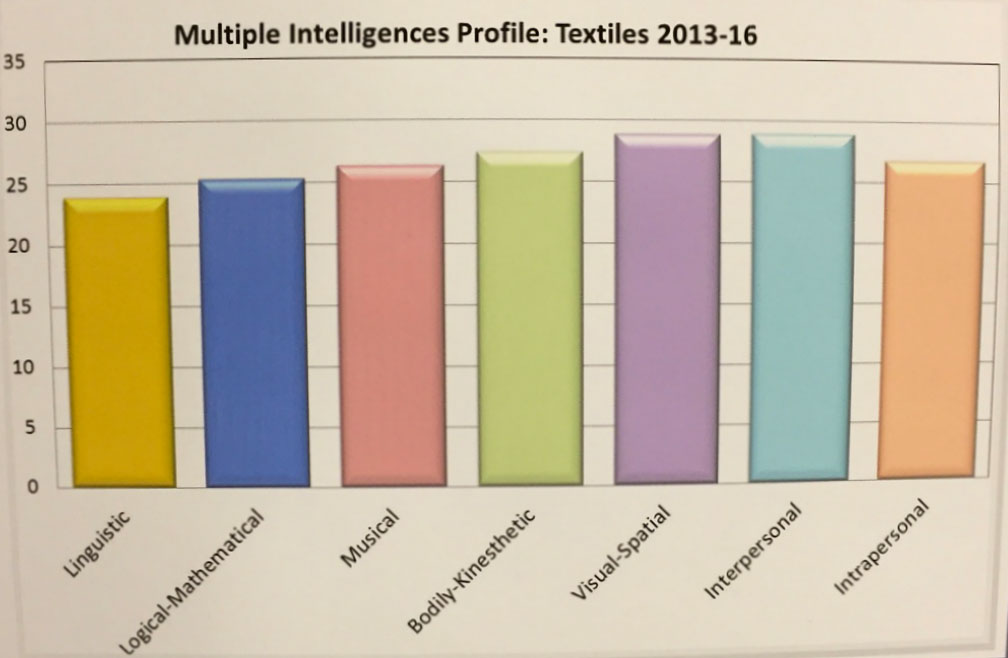 Based on this appreciation for the students’ dominant modes, resources were then created to improve writing skills which directly correlated with the dominant modes.

Feedback suggested that the writing skills workshop that was developed was enjoyed by students and, as a result, the workshop has become a regular part of the skills development provision.

Would Gardner’s theory of multiple intelligences be of use to you in your learning?

One Response to “Using multiple intelligence theory in resource development”