Padlet is TEL tool that allows users to add information such as pictures, videos, text and links to a virtual wall.  Padlet has just been added to the TEL Toolkit and you can read more about it on the Padlet page.

At the weekend, the annual, National Peer Assisted Learning (PAL) Conference was held at BU.  CEL presented on the using TEL tools for engagement.  As there were three different sessions on the day, Padlet was a useful tool to use to share information between the groups.  Each group was invited to add content to the wall which was immediately accessible to everyone viewing the wall on the phones, tablets or laptops.  I had Padlet open on the lecturn computer which meant the content was shared to everyone in the room and we were able to respond to and discuss the content.  It was the first time many people had used Padlet so most of the posts were exploratory in nature.  The three PAL sessions were recorded using Panopto and afterwards the links to the videos were added to Padlet as the most efficient way of providing access to the conference attendees.

Here is the wall that was created. 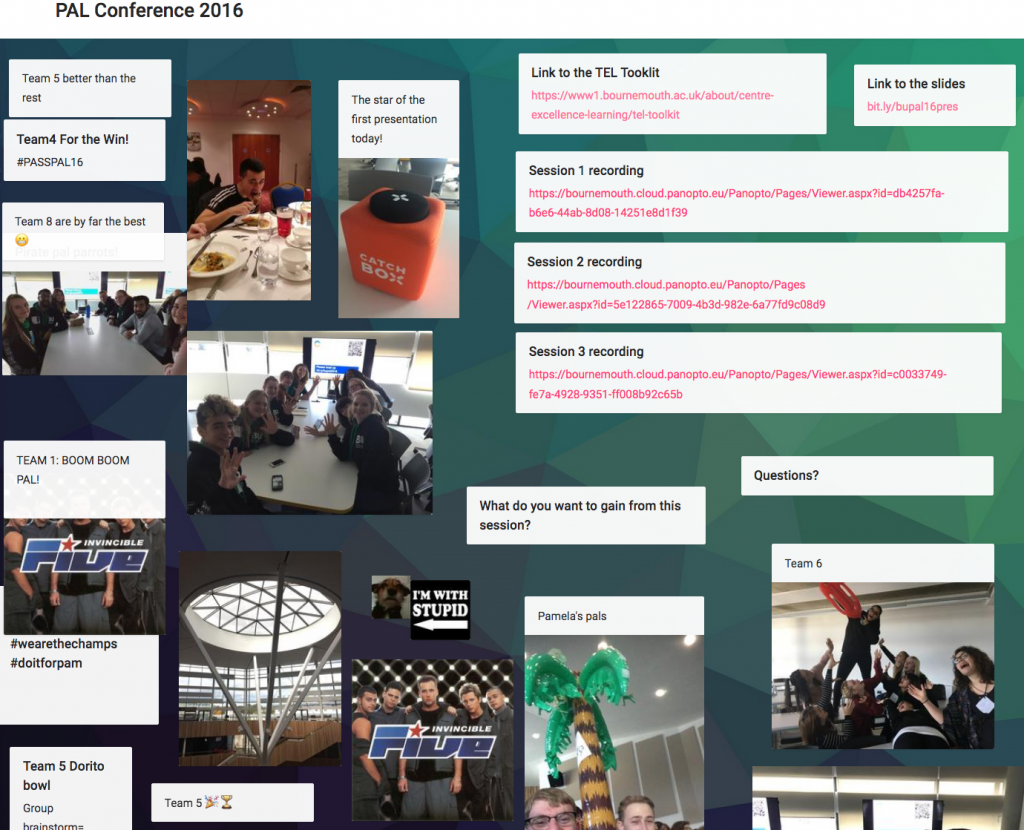 Padlet is free to use and well worth exploring further.  It is a great way to co-curate resources for units and Padlets can be linked together to form a series of information repositories on the various aspects of a topic.