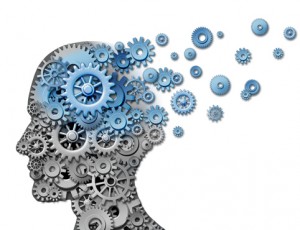 On 4 April he delivered a paper (‘Lessons from the Breivik case: a psychosocial analysis’) at the annual conference of the British Sociological Association, within which a study group on Sociology, Psychoanalysis and the Psychosocial was recently formed, and whose strand his paper was part of.

Professor Barry Richards, who has a background in clinical psychology and sociology, says that Breivik killed because he had a “fragile masculinity” and was afraid of “changes to society such that sexuality and gender no longer take clear and predictable forms”.

Richards believes Breivik carried out the shootings and bombing which killed 77 people because “the most concrete representation of what he is threatened by is the liberal state, which he sees as responsible for these social changes. Hence his targets and victims on the 22 July 2011 were the Norwegian state and the politically active young people who represent its future.”

Having analysed the key documents relating to the case, including Breivik’s 1,500-page ‘compendium’ statement, other statements to the court and psychiatric reports, Richards said that the killer’s core fear was “not Islamification but emasculation” – an attack on his masculine identity arising from changes in society such as the rise of feminism and the challenge to male dominance.

Professor Richards told the conference that “a common view of Breivik is that the murders he committed were simply extensions of the virulent attacks on Islam to be found in the extremes of cyberspace.

“However there is a dimension to his agenda which is unusual – his fascination with the Crusades and with Masonic-style rigmarole, and his fantasies about post-revolutionary scenarios. This material is the ideological expression of an extremely grandiose and omnipotent state of mind, which psychoanalytic psychology would see as a defence against experiencing the weak and terrified self within.

“Notwithstanding the Norwegian court’s decision that Breivik is sane – a very questionable diagnosis, albeit a politically desirable one – his grandiosity can be called psychotic. Along with the extreme intensity of his fear of domination, this is perhaps what made Breivik a mass murderer and not just another bitter keyboard warrior on the ethno-nationalist battlefield.”

Professor Richards said that another mass killing was “a clear possibility” in someone with a “fearful and humiliated” psychology which underpins a worldview based on fear of annihilation, a deep narcissism, and competence in executing mass murder. “While individuals who combine these ingredients may be relatively rare, there is no reason to believe that another will not emerge.”

Professor Richards said: “Containing extremist violence is a mental health problem and a political task. Breivik’s upbringing was very disturbed, and his psychological development had been flagged up by at least one professional as a matter of serious concern when he was five, though this was not followed up. While no mental health system can capture and intervene successfully in all cases of serious early disturbance, we might wonder whether some kind of intervention at that stage may have enabled Breivik to manage his fears better later in life.

“Overall, however, most people do not come within the purview of mental health services, which leaves the quality of our political discourse as the main defence against the risk that inner disturbances of the kind Breivik presents may become mobilised in violent form. A clear refusal of all coercive fundamentalisms and a consistent defence of the liberal state’s role in protecting and nurturing its citizens would be important elements of that discourse.”

Later in the month, Professor Richards gave a related talk to a one-off conference on political violence (‘Living in Violent Times’) organised by the Humanities Research Centre at the University of Warwick, populated largely by historians. Richards believes “It’s a good idea to spend time with people of disciplines one doesn’t normally mix with, both to enrich your own perspectives and also to get a sense of how your own work looks from the ‘outside’”. At the event there were some rich contributions from political history, providing challenges in the scepticism of some historians towards a psychological approach to politics.

Professor Richards’ intention is to develop the Breivik study into a short book on contemporary versions of hatred of the liberal state – one of a number of things which extremist ethno-nationalists have in common with extreme Islamists.