Dr Ana Adi is a Lecturer in Marketing and Corporate Communications in the Media School of Bournemouth University where she teaches, researches and provides consultancy on matters related to digital media strategy, policy and uses by various groups from corporations to activists. She is also actively promoting for a more extensive use of new and social media both in research and the teaching process as a board member of the Social Media Global Education Connection Project.

Pat Holland is a lecturer and researcher and was Principal Investigator on the AHRC-funded project, ‘There’s no such thing as society?’ Broadcasting and the public services 1979-1992. The project analysed the ways in which the changes made by Margaret Thatcher’s Conservative governments were reflected in the broadcast media. The book based on that research, Broadcasting and the NHS in the Thatcherite 1980s: challenging public service, written with Hugh Chignell and Sherryl Wilson, is published by Palgrave Macmillan Summer 2013 http://www.nosuch-research.co.uk/  She has also made a study of current affairs on ITV  and is the author of The Angry Buzz: ‘This Week’ and current affairs television (I.B.Tauris 2006).

Other publications include a number of books and articles on various aspects of media and visual culture, with a special interest in popular photography and representations of children and childhood.  Her Picturing Childhood  was published by I.B.Tauris in 2006.

She has previously worked as an independent filmmaker, a community bookseller, an educational magazine editor, a freelance journalist and a television editor and producer.

She is on the Editorial Board of the journal Feminist Media Studies and co-chair of the Campaign for Press and Broadcasting Freedom. 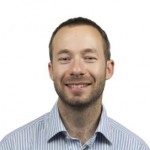 Dr. Dan Jackson is a Senior Lecturer in Media and Communication at Bournemouth University. He holds a PhD from Bournemouth University on news frames in political discourse and their effects. His research broadly explores the intersection of media and democracy, including news coverage of politics, the construction of news, political communication, and political talk in online environments. He is co-editor of  The Media, Political Participation and Empowerment (Routledge, 2013) and is on the editorial board of the Journal of Promotional Communications. He is Co-Convenor of the PSA Media and Politics Group. He tweets on @danjackson9 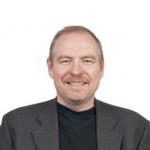 David McQueen is a lecturer at the Media School in Bournemouth University where he also completed his PhD in Broadcast History.  His thesis focused on the BBC current affairs programme Panorama and conflict coverage, comparing the BBC’s flagship series’ reporting of the First and Second Gulf Wars.

His research interests include news and current affairs, conflict and terrorism coverage, public relations and lobbying, the BBC, public service broadcasting and film and television history. David’s research projects include audience’s perceptions of PR influenced news stories. He has written several articles as well as a chapter on current affairs history in Culture and Society in 1970’s Britain: the Lost Decade by Cambridge Scholars Publishing (2010).

David successfully led the accreditation of a new Politics and Media degree which commences in September 2012 and he teaches on several BA and MA Media courses. He is a member of the Southern Broadcast History Group and is the author of Television: A Media Student’s Guide (1999) published by Arnold. 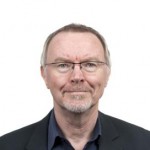 Barry Richards has a background in psychology and sociology. He has taken a psychosocial approach, integrating individual and societal factors, to the various topics he has researched and written about. He has led an AHRC-funded study of emotional literacy in journalism, and has written extensively about how news shapes the ’emotional public sphere’ (e.g. in his book Emotional Governance: Politics, Media and Terror, Palgrave, 2007, and in the Routledge Companion to News and Journalism, ed. Stuart Allan, 2010).

His current interests are in political extremism, political violence, social cohesion and security, and the roles of the media in relation to them. At present he is working on case studies of Anders Breivik and Timothy McVeigh, as part of a wider project on attitude towards the liberal state. He has also written about popular culture, especially the shift towards a ‘therapeutic’ outlook in many types of media content and in everyday life.

Shelley Thompson is a lecturer in Corporate and Marketing Communications at Bournemouth University, where she also completed her PhD in journalism studies. Her PhD, which was funded by the university, explored the framing of nanotechnology in the mainstream press in print and online contexts.

Her recent research activities include work on a variety of projects with Media School colleagues. These projects include understanding young people’s knowledge of the influence of public relations on news; analysing the ways in which people discuss politics in non-political blogs; and exploring young people’s use of the media and their experiences of living without media for 24 hours.

She joined BU after completing her master’s degree in journalism studies at Cardiff University. Previous to her master’s degree, Shelley worked as a journalist in several publications in the United States, most recently at the two-time Pulitzer Prize winning Eagle-Tribune. While working at the Eagle-Tribune, she received several awards for her reporting, including investigative reporting awards and a First Amendment award for a series on a secret government payment to a public employee leaving his job.

Shelley’s research interests include science journalism, online news, and journalism and democracy. She was also chair and secretary of the Media, Communications and Cultural Studies Association Postgraduate Network and was lead organiser of its 2011 conference at BU. 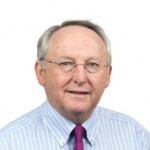 Prof. Tom Watson is Professor of Public Relations in the Media School. He is only the second professorial appointment in the field of public relations in the UK.  Professor Watson has a strong professional and academic research background in public relations, having started in corporate PR in 1978 before setting up a consultancy business in 1984. He gained his Doctor of Philosophy for research into the measurement of public relations activity in 1995 and was elected as chairman of the UK??s Public Relations Consultants Association (PRCA) for 2000-2002.

After four years in his native Australia where he was Associate Professor in Communications and Head of the School of Communication at Charles Sturt University, Prof Watson joined the Media School in January 2007 as Reader in Communications and shortly afterwards was appointed to the role of Deputy Dean (Education). He was promoted to professor in 2010.  Professor Watson is a Fellow of both the Chartered Institute of Public Relations and the PRCA in the UK. He is chair of the International History of Public Relations Conference which was held for the first time at BU in July 2010. He is an experienced doctoral examiner and is supervising two PhD students.

Dr Emma Wray is Lecturer in Radio History at Bournemouth University. She has over fifteen years experience in the radio industry, as Presenter, Producer, and Station Director, having worked for the largest commercial company in the UK, GCap Media [now Global] and The Local Radio Company.

Her PhD focuses on the history and development of UK commercial radio programming and its relationship with regulation. Dr Wray has also collaborated with Tony Stoller, former Chief Executive of the Radio Authority, on research for his comprehensive history of UK Independent Radio (forthcoming John Libbey, May 2010). Her current research interests include an investigation into news production methods in commercial radio and the role of women in music radio.

She continues to broadcast on a freelance basis on radio stations across the South of England and serves on the committee of Radio Academy South, which creates a stronger social and business network for media students, radio practitioners and academics.