We are looking forward to a very special NRG session this Wednesday – micropapers from three of our newest members (details below). Followed, as always, by discussions in Dylans and then on to the New Media Writing Prize ceremony! All very welcome. 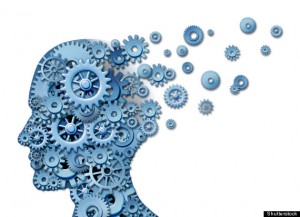 My novel, The Other Way, spans three generations of the Edwards family and examines intergenerational trauma. The Other Way narrates the traumatic events suffered by Alfie Edwards as a combatant and as a prisoner-of-war in World War Two. Being anxious to write war and war-related traumata accurately, I obtained the written memoir of a great-uncle, Ron Stone, who experienced combat and imprisonment during World War Two. This paper explores Ron’s writing process, the extent to which he apparently remembered his traumatic war memories, and the duration of this apparent remembering. I will also read from The Other Way.

Tory Dawson has studied at the University of Ulster, the University of Surrey, The Moscow State Institute for International Relations, and the University of Southampton. Having recently received her doctorate in English and Creative Writing, Tory now writes fiction for both adults and children and is currently working on a historical thriller for Young Adults.

In the middle of Blitzed London, Stella Gibbons yearned for seaside holidays, contrasting the colours and peace in postcards from the early century with the “rusty barbed wire and concrete tank-traps” that encircled Britain’s beaches during the war. This literal transformation of sites of fun and frivolity to entrapment and death appears metaphorically in the undercurrents of danger, decay, and decadence that permeate seaside literature. Drawing on the work of cultural historians and geographers, I examine the unstable nature of holiday nostalgia through the loss, passion, and flexible temporality in seashore scenes of authors such as Thomas Hardy, D. H. Lawrence, and F. Scott Fitzgerald.

Rebecca Mills completed her European Social Fund-supported PhD thesis “Post-War Elegy and the Geographic Imagination” at the University of Exeter in 2014. She has published articles on elegy and contributed to edited collections on crime fiction, and taught modern literature and poetry at the University of Exeter and critical theory and maritime writing at Plymouth University. She is currently working on her thesis-based monograph and teaching on crime fiction, narrative structures, and the MA in Literary Media at Bournemouth University.

Dr Yugin Teo – “On a scale of one to ten, how would you rate your pain?” Robots in Care Work in Robot & Frank, Big Hero 6 and Humans

Public perceptions of robots have been very much informed by science fiction. The majority of SF films depict robots in negative terms, which can influence the perception of robot technology in our daily lives. In the 2010s, there have been a small number of films and television series exploring the theme of the robot carer, and how humans respond to them. This paper explores three works in this regard: the films Robot & Frank (dir. Jake Schreier, USA 2012), Big Hero 6 (dir. Don Hall/Chris Williams, USA 2014), and the television series Humans (UK/USA, Channel 4/AMC, 2015-). Examining these works with some of the ethical issues currently being discussed in the use of robot technology in care work, this paper demonstrates how they align themselves with, but also challenge these ideas, and ultimately present a positive outlook on robot technology, and simultaneously provide a forum for public engagement with the theme of robots in care work.

Yugin Teo joined JEC as a Lecturer in English & Communication in October 2016. His research on the representation of memory in literature and film has been published in the journals Critique, Medical Humanities and Science Fiction Film and Television. His monograph Kazuo Ishiguro and Memory was published in 2014.