Today’s NRG research seminar will be delivered by Dr Billy Proctor who will be speaking about:

I Spit on Your Throne: Sexploitation, Feminism & The Rape-Revenge of Sansa Stark

Full abstract below and all members and interested students are very very welcome! We meet 4-5pm in F309 (Fusion Building)​ and as tradition dictates will decamp afterwards to Dylans bar to continue the discussion. 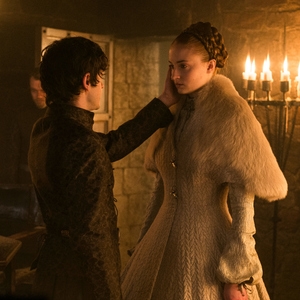 I Spit on Your Throne: Sexploitation, Feminism & The Rape-Revenge of Sansa Stark

Over the past six years, HBO’s Game of Thrones has attracted a significant amount of criticism. Pivoting on the series’ frank and brutal representation of sex and violence, as well as sexual violence, many critics have charged the programme as morally reprehensible, categorically anti-feminist and evidently ‘bad for women’ (Schubart and Gjelsvik, 2016; Frankel, 2014). In 2015, the episode ‘Unbowed, Unbent, Unbroken’, which ended with Ramsay Bolton raping his new bride, Sansa Stark, was singled out for opprobrium. As I have written elsewhere (Proctor, 2015) ‘in the days following, many cultural commentators – from bloggers to journalists – took to the Internet to condemn the scene’ and, in some cases, to boycott the show as an act of female solidarity with the women of Westeros. Feminist blog, ‘The Mary Sue,’ for instance, raged against the scene and publically declared ‘we will no longer actively be promoting Game of Thrones […] rape is not a necessary plot device’ (2015). I ended by prophesising that ‘I am absolutely certain that [Sansa Stark] will have her day, no matter the trauma she endures on the way’.

In the penultimate episode of season six, ‘The Battle of the Bastards’, Sansa Stark does indeed have her day. As Bolton sits helplessly encaged and bound, Sansa sets his own starving hounds on him and they dine well. Does this change the reading of the character’s narrative arc? Might we move beyond generalised moralising sentiments that vilify GoT as anti-feminist and anti-woman? In this presentation, I draw on feminist literature on the rape-revenge film and propose that one might well read Sansa’s story differently. Despite claims that ‘exploitation’ rape-revenge texts, such as I Spit on Your Grave, are equally ‘bad for women’, the feminist scholarship is remarkably contrary. As Claire Henry asks, ‘is rape-revenge not a feminist genre that provides its spectators with a cathartic sense of justice through retributive violence?’ (2014).