Roll up for another NRG session – this Weds 25th January we are delighted to welcome Professor Roger Sabin from UAL London, who will be speaking on ‘The Origins of Comics Criticism’

This paper seeks to explore the way in which the new medium of comics was perceived by critics in the late 19th century, focusing on the UK (at the time the world-leading producer). The late Victorian period saw an increasingly intense discussion about ‘culture’ – what it was, and where it was heading – spurred by the growth of working class leisure pursuits, and middle class concerns about them. Mostly this meant fears about negative effects on ‘moral and political’ behaviour, which entailed commentary on comics that involved the kind of language we might associate with backlashes against them in the 20th century (‘a plague’, ‘a fungus’, etc.). But it could also encompass a celebration of comics as the ‘authentic vernacular’ – the beating heart of the country. The paper will survey the boundaries of the debate, and suggest that this was the origin of modern formulations of ‘pop culture’. 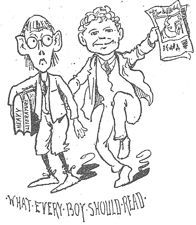 Roger Sabin is Professor of Popular Culture at Central Saint Martins, University of the Arts London. His books include Adult Comics: An Introduction (Routledge), and Comics, Comix and Graphic Novels (Phaidon). He reviews graphic novels for the press and radio.

We’re delighted to welcome such a great speaker and hope you can all join us in F309 4-5pm. We will, as usual, decamp to Dylans afterwards for drinks and discussion.