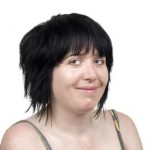 Julia Round is Convenor of the Narrative Research Group. She is a principal lecturer in the Media School and edits the academic journal Studies in Comics (Intellect Books). She is a member of the International Society for the Study of Narrative (ISSN) and her research focuses on comics, gothic and adaptation. She has published and presented work internationally on cross-media adaptation, children’s literature, television and discourse analysis, the ‘graphic novel’ redefinition, and the presence of gothic and fantastic motifs and themes in British-American comics. She has recently completed a monograph on comics and the literary gothic (McFarland 2014) and she and Bronwen Thomas co-edited the collection Real Lives Celebrity Stories: Narratives of Ordinary and Extraordinary People Across Media (Continuum 2014) which featured contributions from several colleagues in NRG.

Bronwen Thomas is Professor in the Media School and Director of CsJCC. She has published books on Fictional Dialogue (Nebraska 2012) and Narrative (Routledge 2016) and co-edited New Narratives: Stories and Storytelling in the Digital Age with Ruth Page (Nebraska 2011), and Dialogue Across Media with Jarmila Mildorf (John Benjamins 2017). She has contributed to The Cambridge Companion to Narrative and the Routledge Encyclopedia of Narrative Theory and has published widely on digital narratives (fanfiction, hypertext fiction) and digital reading. Bronwen has led three AHRC funded projects (two with Julia Round) on digital reading. The latest Reading on Screen is a collaboration with the University of Brighton, working with readers of all ages and interests to produce around 30 digital stories recounting their diverse reading lives and practices and their experiences of reading in the digital age.

Bronwen is a member of the AHRC’s Peer Review College,  the International Society for the Study of Narrative, the Poetics and Linguistics Association, the European Narratology Network and affiliate member of Project Narrative (Ohio State University, US). 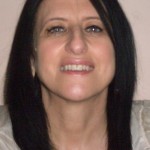 Peri Bradley is a senior lecturer in Media Theory at Bournemouth University. She has interests and publications in horror, reality TV, 1970s cinema and TV and LGBT culture. Her publications include, ‘Monstrous Makeovers: Transforming ‘Monsters’ into Beauty Queens’ in Dark Reflections, Monstrous Reflections: Essays on the Monster in Culture, ‘Hideous Sexy – The Eroticised Body and Deformity in 1970s British Horror Films’ in Don’t Look Now: British Cinema in the 1970s, ‘“You Are Awful…But I Like You!” The Politics of Camp in 1970s Television’ in British Culture and Society in the 1970s: The Lost Decade, ‘The Exotic Erotic: Queer Representations in the context of post-colonial ethnicity on British TV’ in LGBT Identity in Non Western Worlds, Archival appendix to British Cinema In The 1970s:The Boundaries of Pleasure, ‘Romancing the Soap: Representations of Gay Love and Relationships in EastEnders’ in Queer Love in Film and Television. At present she is working on an edited collection on Food on Screen and a monograph looking at makeover TV and the Carnivalesque – specifically the UK TV personality Gok Wan.

Hywel Dix is a specialist in modern and contemporary English literature, critical cultural theory, postcolonial studies and film studies. Having studied English at the Universities of Cambridge and York, he taught English as a foreign language and travelled extensively in Asia and the Far East. From 2003–06 Hywel was Raymond Williams Research Fellow at the University of Glamorgan. This led to the award of a doctoral degree for the thesis Raymond Williams: Cultural Materialism and the Break–Up of Britain, which was published by the University of Wales Press in 2008. A follow up study entitled Postmodern Fiction and the Break–Up of Britain was published by Continuum in 2010. Hywel is interested in how literature relates to social and political structures and is currently beginning to develop a new research project provisionally entitled Reading, Writing and Republicanism in Britain. 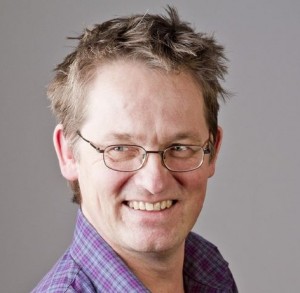 Simon Frost is author of Business of a Novel: economics aesthetics and the case of Middlemarch, Pickering and Chatto (2012), and co–editor of Moveable Type, Mobile Nations: Interactions in Transnational Book History (MTP University of Copenhagen press 2010). He is an editorial consultant/board member for Regards croisés sur le monde anglophone and Itinéraires du texte et du livre, both by University of Nancy Press. He has published extensively on the materiality of production and reception of literary texts across the long nineteenth century, and on their contemporary social applications. Simon is also the Director of External Affairs and Executive Board member for SHARP (Society for the History of Authorship, Reading and Publishing), and former board member of ESTS (European Society for Textual Studies). 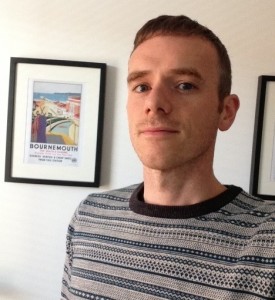 Sam Goodman is a senior lecturer in Linguistics at Bournemouth University. He completed his PhD at the University of Exeter in 2012, which focused on popular fiction of the post-Second World War period and analysed the representation of anxieties over British identity, space and power in the fiction of Graham Greene, Ian Fleming and John le Carré. He also has research interests in critical theory and medical humanities and is the editor of Violence & the Limits of Representation (Palgrave 2013) with Graham Matthews, and of Medicine, Health & the Arts: Approaches to the Medical Humanities (Routledge 2013) with Victoria Bates and Alan Bleakley. He is currently researching an interdisciplinary study of colonial medicine and the Anglo-Indian novel c. 1950-1990 in which he explores the connections between narrative fiction and the history of the British Empire.

Helen Jacey is Programme Co–ordinator for MA Scriptwriting and a screenwriter who has developed numerous projects for UK an international producers, as well as acting as a story consultant and trainer.  Her screenwriting guide The Woman in the Story: Creating Memorable Female Characters, is the first to explore the development of female characters in screenwriting. Alongside her interest in gender and screenwriting, Helen’s current research interests are screenwriting and genre (in particular comedy, biopic and crime), and the role of the screenwriter and screenplay in the film production process. She is currently co–writing a book on screenwriting and romantic comedy as a meta genre. 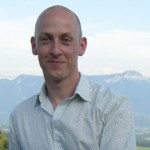 Phil Mathews is a member of the Writer’s Guild of Great Britain.

He is currently undertaking a practice–based PhD in the area of screenwriting, concerned with the limitations of character arcs in romance narratives.

He can be reached at pmathews@bournemouth.ac.uk

His research interests are in the area of new–media narrative, reader–response studies, and children’s literature.

He is currently developing a software package for interactive writing, the aim of which is to offer an accessible platform for ‘non–technical’ creative writers. He is also working on an original interactive fiction. He has published six novels for teenagers.

Christopher Pullen is the author of Documenting Gay Men: Identity and Performance in Reality Television and Documentary Film (McFarland, 2007) and Gay Identity, New Storytelling and the Media (Palgrave, 2012). He is the editor of LGBT Transnational Identity and the Media (Palgrave 2012), and the co-editor of LGBT Identity and Online New Media (Routledge, 2010) and Queer Love in Television and Film (Palgrave, 2013). His current research in progress includes – a funded research project examining secondary school student responses to media, foregrounding the education of social and sexual diversity in relation to discouraging bullying, and an edited collection entitled Queer Youth and Media Cultures. 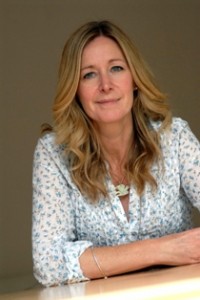 As a journalist, Emma started her career at Reuters, but then decided to specialise in magazines and has since worked for most of the major publishing houses, including Hearst UK, Bauer and IPC, in both a senior staff and a freelance capacity. She has written for many national publications, including the Daily Mail, The Times, Easy Living, Coast, House Beautiful and Good Housekeeping. Meanwhile, as an author, Emma has also had seven books published to date on a range of topics. These experiences inform her teaching, as well as her MA in Critical and Creative Writing, which she completed in 2013. Emma has recently set up Fresher Publishing (http://www.fresherpublishing.co.uk) providing a platform for the best new writing and featuring work by many of our current students and staff.