Working title: Peace journalism and Thailand’s southern insurgency: a case study of “The Bangkok Post” and “The Nation” 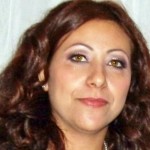 Yomna Kamel is a PhD candidate with the Media School, Bournemouth University. Her research looks at media coverage of the Arab uprisings with a focus on the Egyptian case.

She is examining the impact of news organizations – activists relationship on the coverage through looking at how events associated with the Egyptian Supreme Council of Armed Forces (SCAF) were reported by five international news sites: Al-Jazeera, BBC, CNN, RT and XINHUA.

Yomna started her career as a journalist with UAE’s daily Gulf News.  She later moved to Cairo where she wrote for Arabic and English publications. She maintains two blogs: www.arabmediaforum.blogspot.com and www.yomnakamel.blogspot.com

Venkata Vemuri is a senior print and broadcast journalist from India, currently in the write-up stage of his PhD thesis.

He regularly writes for the UK-based Asian diaspora newspaper, AsianLite, and the India-based national news magazine, Open. He also has a personal column on the American environment website, http://1h2o.org.

He is a member of BASAS and MecSSA and a Fellow of Salzburg Seminar 2008.

Venkata has contributed book reviews to the Journal of South Asian Development and Media, Culture & Society and refereed papers for Contemporary South Asia.

Barbara Zeng Xin is an MPhil student at Bournemouth University. Her research is focusing on Chinese young people’s news perspectives, including analysing their opinions on defining news, the most important element of nes and how news could be improved. The project may be expanded with a comparative element, using young adults in the UK as a reference.

She was previously studying on the MA Multi-Media Journalism course at Bournemouth University and in Spring 2010 she participated in the reporting of the Qinghai Earthquake with the China Centre Television journalist group.

Majoring in Television Production, she graduated with a BA in 2009 from Communication University of China where she studied communication theories and trained practically as a documentary director. During college she was an amateur writer, contributing poems and articles to local publications. In 2008 she joined documentary units in Hebei Television and later China Centre Television for internships.

Forward has convened a one day international conference exploring journalistic issues affecting Zimbabwe. How has the western media covered the country’s story? How difficult is it for local journalists inside Zimbabwe to tell the story? Who sets the news agenda?

Working title: A study on Bangladesh media and its evolution over the years