Einar Thorsen, PhD, is Associate Professor in Journalism and Communication. His work is concerned with citizen involvement in online journalism, particularly during crisis and conflicts, and in response to political and environmental change. He has conducted research on BBC News Online during the 2005 and 2010 UK General Elections, analysing news sources and opportunities for citizens to contribute to public discourse and democratic life. He co-edited Citizen Journalism: Global Perspectives (2009, Peter Lang), edited a special issue of Journalism Practice entitled Online Reporting of Elections  (vol 6, no 3, 2012), and has published research on BBC News Online, Wikinews and WikiLeaks.

He is a member of the MeCCSA Executive Committee and the Editor of MeCCSA’s Newsletter Three-D. He is a former member of the Executive Board of the MeCCSA Postgraduate Network and a founding member of its journal Networking Knowledge. He was also instrumental in setting up the MeCCSA Climate Change, Environment and Sustainability Network. 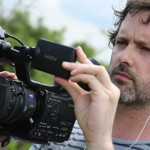 Mathew Charles is an award-winning documentary maker and former BBC correspondent. His research covers human rights and conflict reporting, particularly with regard to drug cartels and urban gangs in Central America. Other areas of interest include advocacy journalism and crowd-funded reporting.

Nathan is a lecturer in Communication and Media. While his research interests lie primarily in the crossover between politics and popular culture, he also has interests in political communication and international development. He is the author of works on anti-poverty activism, the uses of celebrity in political campaigning, and the neoliberalisation of the non-profit sector following the 2008 financial crash. He is a member of the Popular Culture and World Politics Research Group and the recently formed ‘Celebrities as New Global Actors’ Research Cluster at Roskilde University. His current projects focus on the marketization of the non-profit sector in relation to the North-South divide 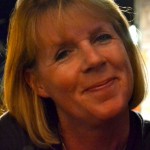 Karen Fowler-Watt is Associate Dean for the Journalism and Communication academic group. A former BBC journalist, who worked in Radio 4 News and Current Affairs as an output editor on The World at One and PM and The World this Weekend, Karen was a field producer in the Middle East, covering the Gulf Crisis and War in 1990/1 and producing news output from Moscow, Europe, Northern Ireland and the United States, with a stint as Washington bureau producer for Clinton’s US Presidential campaign. She joined the BBC as a graduate trainee working on You and Yours, File on Four, Today as well as in the Belfast newsroom.

Karen has an MA in History from the University of Cambridge and she is near completion of a doctorate in journalism education at Southampton University.  After graduating from Cambridge, she was awarded a Harkness Fellowship to study as a postgraduate student in the School of Government and Politics at Harvard University, where she also worked as a stringer for Reuters and Newsweek.

She is co-editor (with Professor Stuart Allan) of a forthcoming book, Journalism: New Challenges, with contributions from BU colleagues and industry practitioners. Karen retains close links with the BBC College of Journalism and in 2010 she peer reviewed its Editorial leadership course. In 2007, she won a BU Award for an Outstanding Contribution to Learning and Teaching, with a research project on the broadcast newsday as an educational tool. She has organised a number of conferences at BU on reporting conflict, news values and current affairs. Karen has taken part in debates on BBC Radio Solent to discuss issues arising from the Leveson Inquiry and the Savile and Newsnight crises at the BBC.

Karen is a board member of the Broadcast Journalism Training Council and on the steering group of One World Media. She was also a member of the NCTJ Broadcast Journalism working group and a judge for the Royal Television Society awards in 2012.  Karen has an interest in the application of professional practice to journalism education, ethics, trust and autobiographical journalism. She is also committed to the employability of journalism students. 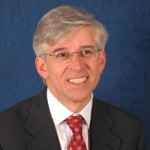 Professor of Journalism and former Dean of the Faculty.

I spent most of my career as a foreign correspondent and media executive covering news in Europe, the Middle East and the US for Reuters. During a series of postings over more than 20 years I was lucky enough to cover many top stories ranging from the ousting of Margaret Thatcher and disappearance of Robert Maxwell to the fall of the Berlin Wall and the Clinton-Lewinsky scandal.  I have reported extensively from the Middle East interviewing King Fahd of Saudi Arabia and overseeing cover of the assassination of Yitzhak Rabin. In my final position at Reuters I was global Head of News responsible for all editorial output including text, TV, news pictures and graphics. I also ran Reuters publishing programme overseeing a series of books on foreign and financial affairs in conjunction with Pearson and Prentice Hall.  Before my appointment at the Media School I was a visiting scholar at Green College Oxford researching into areas of journalism and spin. I play an active role in the charities founded by the US Dart Foundation which are designed to support journalists suffering from traumatic stress and to promote better reporting of traumatic news events such as war and terror attacks.

My research interests lie in the relationship between news and emotion and how theories of affect can be applied to the field of modern journalism.

James Matthews is a Lecturer in Communication and Media. He holds a PhD in Public Communication from Bournemouth University and his research interests centre on media coverage of conflict and crisis, with a particular interest in representation and discourses of terrorism and counter-terrorism policy. Jamie’s current research is focused on tracking the discursive debates around Islamist terrorism and their impact on publics and political responses to terrorism.

An Nguyen is Associate Professor in Journalism. A former Vietnamese journalist and an Australian-educated scholar, Dr Nguyen is internationally recognised for his research in the areas of online journalism (including citizen journalism), news audiences, the globalisation of news and journalism, and science journalism.

He is the author of The Penetration of Online News: Past, Present and Future and over 20 papers in prestigious journals and books around the world. He is in the final stage of his second book, Numbers for the News: Statistics for Journalists (with Jairo Lugo, for Palgrave Mcmillan) and the initial stage of a third one, Science News and the Public (with Steve McIlwaine, for Bloomsbury Academic).

An serves on the Editorial Board of Journalism Education, the journal of the UK Association for Journalism Education. He is the External Examiner of the MSc in Science Communication at the University of Sheffield. He has been an examiner of journalism output, draft policy, journal articles, book proposals, research dissertations and grant applications for academic, industrial and governmental organisations around the world.

Among recent non-academic users of his expertise are the Broadcasting Board of Governors (US Government), Radio Free Asia, and the World Federation of Science Journalists. He frequently interacts with non-academic audiences on media issues – via public lectures, public salons, responses to expert interviews or commentary pieces in the media, and so on.

Before joining Bournemouth, he led journalism at the University of Sussex.

Liisa Rohumaa joined Bournemouth University in 2007 from the Financial Times where she was news editor of FT.com. As Practitioner in Residence at the Media School in 2006 she contributed to the launch of online journalism units for the BA (Hons) in Multimedia Journalism and MA Multimedia programmes and the development of two websites for students to showcase their online journalism. Liisa started her career as a reporter on the Surrey Comet and has worked for the The Stage, BBC, and The Daily Telegraph.

Liisa is particularly interested in social media and is researching the online relationship between journalists and their readers for a Phd.

She is the co-author of The Online Journalism Handbook (Pearson Longman).

Chindu Sreedharan has specialised in conflict  coverage. Formerly associate editor to rediff.com and India Abroad, he has reported on the Kashmir conflict, the Kargil war, and the Maoist  People’s War guerrilla movement in central India.

He holds a PhD in conflict journalism (Reporting Kashmir), and is interested in  media behaviour in times of war and terrorism.

He co-edits Interjunction, is a reviewer for the Media, War & Conflict  journal, serves on the advisory panel of the Media and Inner World, and blogs  at www.chindu.net.  He is also a  member of the Narrative Research Group.