This semester the Journalism Research Group will be hosting research seminars and film screenings every other week. Please see below an initial outline of events and please do join us if you can!

Our seminars and film screenings are usually followed by a social gathering in The Loft, Poole House.

A film about Al Jazeera and its relationship with US Central Command (CENTCOM) during the 2003 invasion of Iraq. (Directed by Jehane Noujaim, 2004)

News portrayal of Pakistan after the killing of Osama Bin Laden 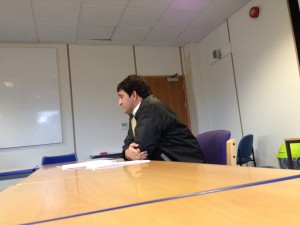 In this seminar Shahzad will discuss his research into the portrayal of Pakistan in UK and US newspapers following Operation Neptune Spear and the killing of Osama Bin Laden. The research is based on a content analysis of news and editorial coverage during April – June 2011 of the Daily Telegraph, the Guardian, the New York Times and the Washington Post, paying particular attention to framing and slant of coverage. Moreover, the impact of foreign policy of UK and the US on media coverage of Pakistan in the selected newspapers will also be analysed. This research project is theoretically linked with Herman and Chomsky’s Propaganda Model.

Shahzad is a Visiting Associate Fellow at Bournemouth University during the autumn term in 2012, for which he secured a Charles Wallace Open Visiting Fellowship. He is Assistant Professor in the Department of Communication Studies of Bahauddin Zakariya University, Multan, Pakistan. The Charles Wallace Open Visiting Fellowship aims to facilitate working in cross cultural environment, so Shahzad is eager to meet with colleagues and discuss perceptions, observations and thoughts about British and Pakistani culture.

A John Pilger film, which traces the history of both ‘embedded’ and independent war reporting. (Includes the new chapter on Julian Assange and Wikileaks). (Directed by John Pilger, 2010) 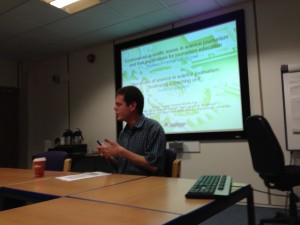 In this seminar, Ricardo will outline his current research on nanotechnology in the online news in the UK and will discuss some of his previous research in Brazil on reading of science journalism texts.

Ricardo is a Visiting Researcher at Bournemouth University during the autumn term in 2012. He is working towards a PhD at Universidade Estadual de Campinas, Brazil, on how to teach science journalism to undergraduate students.

Journalism for a world in crisis: Media paradigms for a future that works 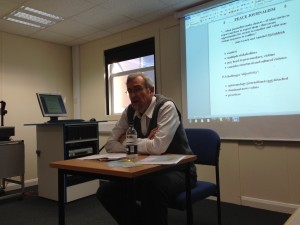 Vis-à-vis unfolding global crises of governance, violence and environmental decline, we are in need of journalisms that can support both collective action and reinvigorated democratic participation. In light of such needs, this paper critically examines the relevance and status of ‘the regime of objectivity’ in (North American) journalism and its implications for crisis engagement. I then consider the characteristics and prospects for emerging “challenger” paradigms, notably peace journalism as well as environmental communication, that are oriented towards non-violent social change, and that overlap with the project of democratic empowerment in the media field.

Bob has written extensively on journalism, political communication, and media representation. His current research interests include media democratization as a social movement, news media and climate change, and peace journalism, objectivity, and other journalism paradigms in relation to democracy. Hackett’s recent publications include Expanding Peace Journalism (2011, co-edited with Ibrahim Seaga Shaw and Jake Lynch), Remaking Media: The struggle to democratize public communication (2006, with William Carroll), and Democratizing Global Media: One World, Many Struggles (2005, co-edited with Yuezhi Zhao). Hackett serves on the editorial boards of Journalism Studies, Media Development, Global Media Journal, Democratic Communique and Studies in Social Justice. He has been involved in community-oriented media education and advocacy since 1983.

The 2010 Academy Award Winner for Best Documentary, which looks at the financial crisis and corruption in the American banking system. (Directed by Charles H Ferguson, 2010)

Representation, Objectivity, and the Shaping of our Worldview 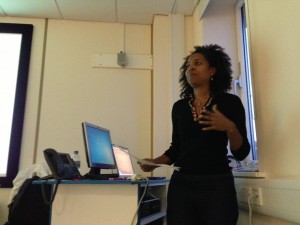 Many of us rely on the media to help make sense of the world in which we live within an increasingly limited amount of time. What gets lost in translation in light of this huge demand, and how much of what is disseminated in the media is reflective of the transnationality of the United States is significant. The media is covering one of the most important Elections in the history of the United States. Representations of the President and First Lady in the media undoubtedly influence the way people vote and think about the Obamas. What this means beyond the 2012 U.S. Election in terms of shaping our worldview is of central concern in the project. News media reports, discourse analysis, and new media images are used to explore the ways in which cultural representations of Barack and Michelle Obama generates discourses of threat and progress, while evacuating them of historical context and political significance despite debates about being in a post-racial society. What this means for journalists covering these issues and their thoughts on the notion of objectivity will also be discussed.

Libby is Scholar-in-Residence at the Beatrice Bain Research Group in the Gender and Women’s Studies Department of the University of Berkeley. 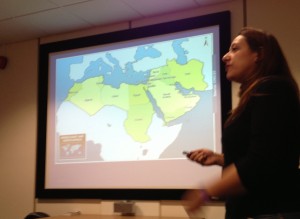 Though toppling Mubarak’s regime was the most significant achievement of the January 25th Revolution, post-revolution events, mostly associated with the interim ruling authority of the country, the Egyptian Supreme Council of Armed forces (SCAF), have also received intense media coverage. Media focus on SCAF associated events was not only because such events, collectively, represented a crucial transitional stage to a new democratic Egypt, but also because of their dramatic nature of re-occurring bloody clashes and violence between the January 25th Revolutionaries and SCAF. Though the early days of the January 25th Revolution received unprecedented international media coverage that kept the world’s viewers on the edge of their seats watching the plunge of another corrupt Arab regime, shortly after Bin Ali’s collapse, news media organizations have continued to intensively cover the revolution aftermath, but each in a distinctive way. Variations noticed in coverage by international news organizations are caused by a group of factors, among which could be news media’s relationship/interaction with political activists and citizen journalists, who witness, record and often drive events on the ground. In an examination of how the relationship between news media organizations and political activists impacted their coverage, a study has been conducted to look at how SCAF-associated events post January 25th Revolution have been framed by five international news sites, Al-Jazeera, BBC, CNN, RT and XINHUA, which represent a geopolitical spectrum of media ecologies.

Released in 2009 the film centres on the late-2000s financial crisis and the recovery stimulus, while putting forward an indictment of the current economic order in the United States and capitalism in general. (Directed by Michael Moore, 2009)