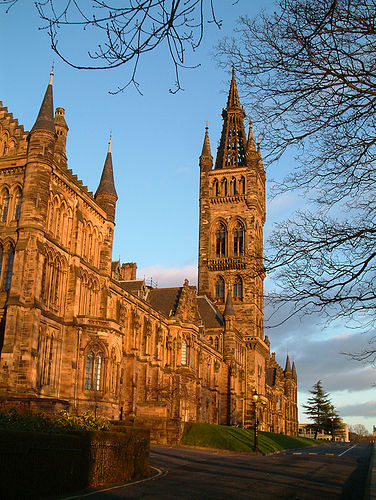 The 10th Annual Conference of European Policy for Intellectual Property (EPIP) was hosted by CREATe, the RCUK Centre for Copyright and New Business Models in the Creative Economy at the University of Glasgow, on 2 and 3 September 2015.

Opening the conference in the beautiful setting of the Chapel, Professor Ian Hargreaves, Professor of Digital Economy and the author of ‘Digital Opportunity: A Review of IP and Growth’ delivered the keynote speech on ‘Copyright Wars: Frozen Conflict’ to which a thought-provoking response was delivered by MEP, Julia Reda (Greens/EFA Group/Pirate Party). The video of the keynote including the transcript and MEP Julia Reda’s response is available here.

A blog post authored by CREATe Research Fellow, Dr. Kristofer Erickson capturing the essence of the keynote/response can be found here. The blog post argues that researchers should critically examine the strategy of incremental change by generating and analysing empirical data about the effectiveness of recently introduced incremental reforms.

During the 2-days, a number of CIPPM Researchers including Maurizio Borghi, Ruth Towse, Dinusha Mendis, Marcella Favale, and Sally Weston attended and presented at the conference.

Marcella Favale presented her paper co-authored with Martin Kretschmer and Paul Torremans Is There a EU Copyright Jurisprudence? An empirical analysis of the workings of the European Court of Justice.

Ruth Towse presented her paper on Copyright and business models in music publishing: the law and the market (as part of the AHRC-funded project Evolution in Music Publishing).

Maurizio Borghi presented on Crowdsourcing the orphan works problem (as part of the recently funded EnDOW project). The EnDOW Project is led by CIPPM and carried out in partnership with CREATe, University of Glasgow, ASK, University of Bocconi and IViR, University of Amsterdam.

Sally Weston presented on Encouraging interoperability by the sharing of interface information obtained by reverse engineering – as part of the research carried out for her PhD project.

Dinusha Mendis presented and led a panel on A Legal and Empirical Study into the Intellectual Property Implications of 3D Printing – Conclusions and Recommendations (as part of a project commissioned and funded by the UK Intellectual Property Office). The other panel members who also contributed to the commissioned project and presented on the Panel included Dr. Davide Secchi (University of Southern Denmark), Ms. Sophie Jones (Stratasys Strategic Consulting) and Ms. Pippa Hall of the UK Intellectual Property Office who spoke about next steps in relation to policy and reform in the area of 3D printing and IP Law.

In the same manner that the Conference commenced, the 2-day Conference was brought to a close by an equally excellent closing keynote speech by Professor Pamuela Samuelson, Richard M. Sherman Distinguished Professor of Law from Berkeley Law School. The closing keynote can be found here.  Professor Samuelson spoke about the challenges and opportunities brought about evidence-based IP policy and concluded her keynote and the Conference by stating: “I think that evidence based IP policy is a theme worth pursuing. It’s not always going to win but it gives this community something useful to debate and to offer to policy makers. Like Julia Reda, I think reform is possible but it’s not going to be easy, and generational change will probably make more of a difference than anything we write today”.