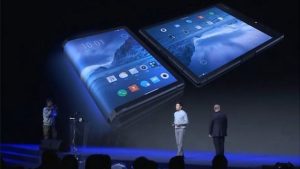 Royole Corporation – a specialist in manufacturing flexible displays – unveiled the FlexPai handset at an event in Beijing.

When opened, the device presents a single display measuring 7.8in (19.8cm) – bigger than many tablets.

But when folded up, it presents three separate smaller screens – on the front, rear and spine of the device.

The six-year-old company said it would hold three “flash sales” to consumers in China on 1 November to offer the first product run. 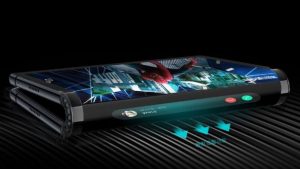 In addition, Royole said it would also offer a slightly different version of the devices to developers across the world the same day.

It intends to start deliveries in “late December”.

The launch has caught many industry watchers by surprise.

It was widely believed Samsung or Huawei would be the first to sell such a device to the public.

Samsung was expected to preview its efforts at an event in San Francisco on 7 November, but is not understood to be ready to put a product on sale.