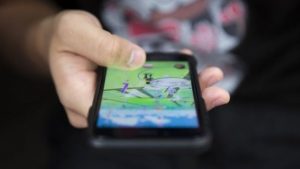 Pokemon Go was the first mainstream success for augmented reality – the overlaying of computer graphics over the real world, viewed, in this case, with a smartphone.

Since its launch in July 2016, players of the game have collectively walked 12 billion miles on the hunt for the little monsters.

But sophisticated as Pokemon Go was, one critical flaw crushed the illusion of “seeing” a Pikachu in front of you. If something got in the way of your phone’s camera, the Pokemon would be rendered on top.

“It breaks the illusion that this thing actually exists in the world, because it’s not behaving right.”

To solve the problem, Niantic has acquired Matrix Mill, a four-person company spun out of University College London and based in Covent Garden – where it will remain.

The terms of the acquisition have not been made public.

But Niantic says the deal has the potential to make AR much more realistic.