In the final taught lecture for our Pharmacology for Paramedic Science module we reviewed course content and understanding utilising an ethos of ‘flipped’ revision where the cohort contacted the unit lead during the week to inform the timetable of this session.

This involved some of our fundamental principles being revisited and explained with examples in practice used to enlighten the particular medications and their current use in practice. The final section of the lecture was facilitated in groups as we tackled numerous fun ‘quiz’ activities which were marked according to presentation and innovation. This was to highlight areas of personal revision and ensure the class were familiar with the types of questions that they will encounter in the module exam.

Lego was used as a medium to engage the groups in discussion around different elements of Pharmacodynamics in demonstrating the actions of cellular interactions in and around receptor sites. Each group was given a different type of agonist or antagonist to explain using the building blocks. This appeared to engage the groups positively and benefit the kinaesthetic learners amongst the cohort enabling them to demonstrate some fundamental principles. We also incorporated a ‘magic hat’ principle to engage with the quieter members of the group to present answers and explain the models to the rest of the class.

On reflection I will bring this popular learning aid into the module earlier and use the Lego models throughout the module lectures and presentations to ensure understanding of the elements they represent and to co-create some ownership of the module content.

As you can see the box of Lego I utilised was far from an ‘educational’ specific pack but borrowed for the day from my daughters who thankfully were blissfully unaware until their return from school where upon the box’s contents was returned to its rightful place, across the floor, creatively clustered in a strategic minefield of hard plastic. 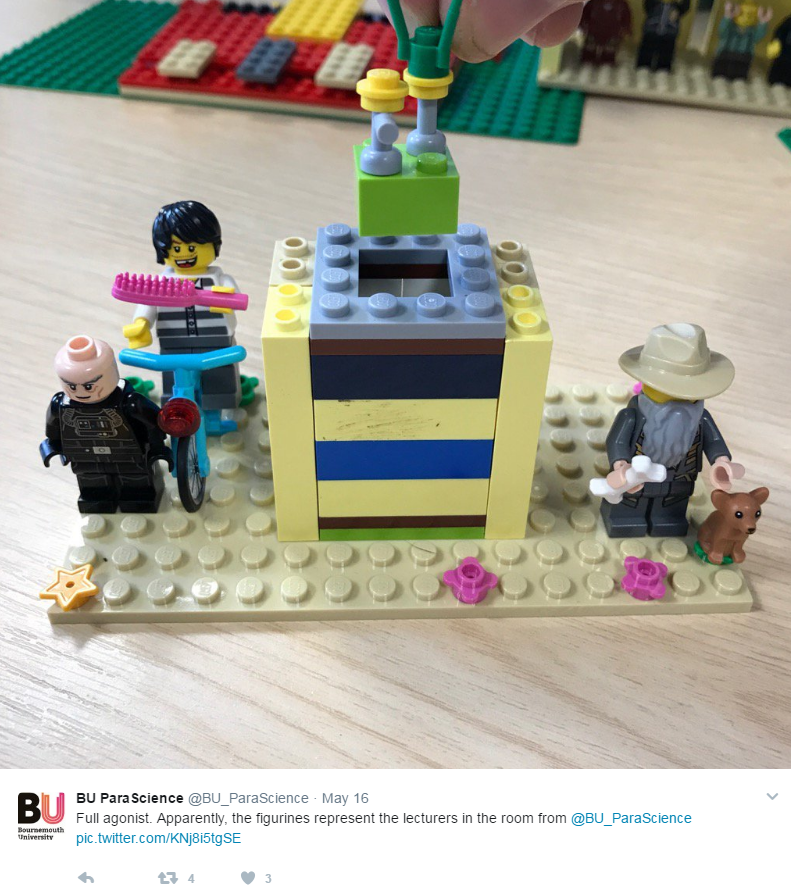 (The characters are representations of me and two of my colleagues that assisted with the session, for the record my beard is not that grey…) 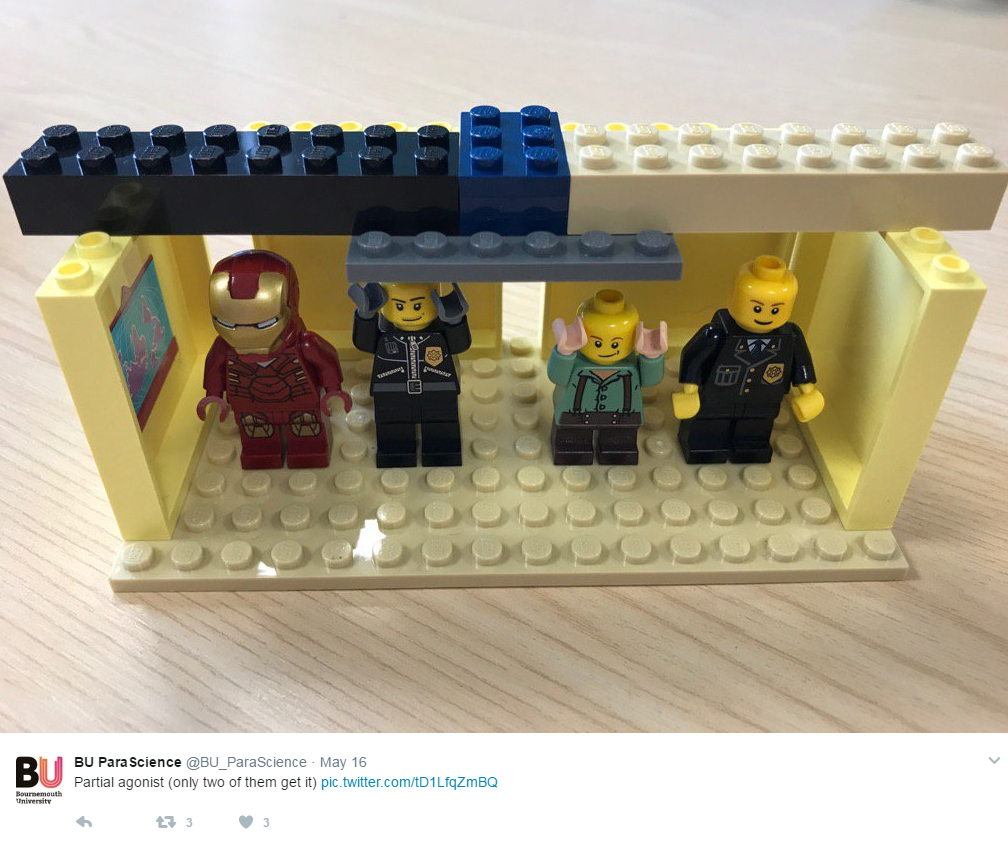 A wonderfully leftfield example of a partial agonist where the agonist has engaged with the receptor site but only half the elements ‘get it’…. A very serious literal model of a full agonist as it slots into and engages with the receptor site. 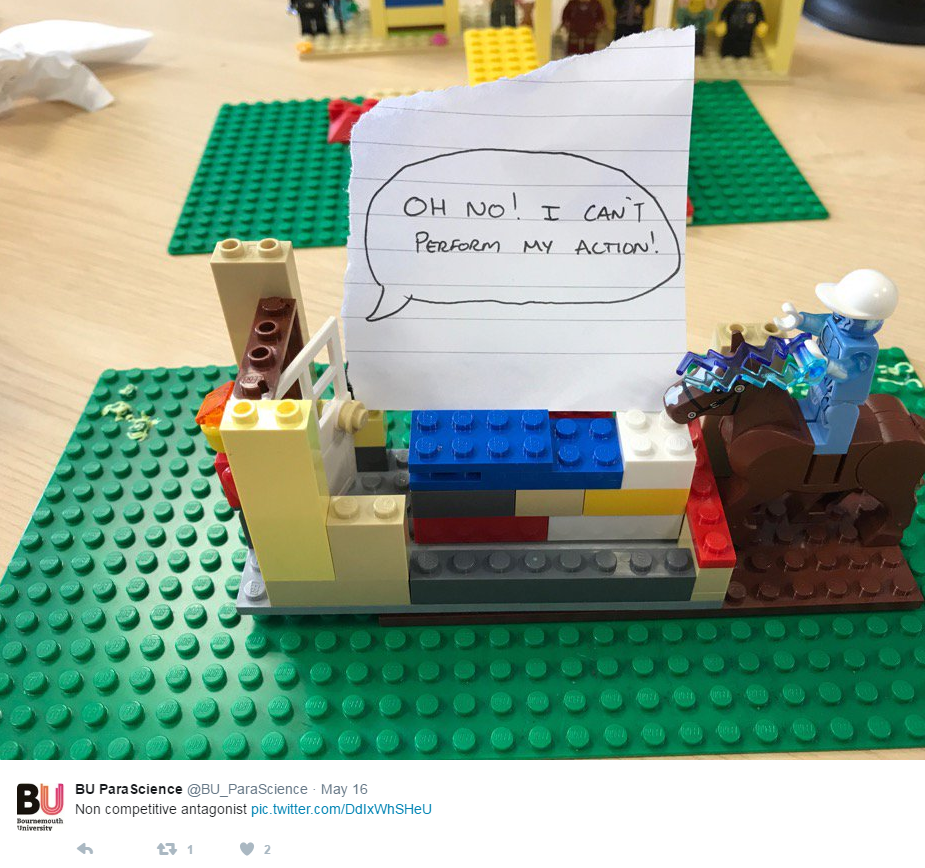 This is a model of a non-competitive antagonist – it was an elaborate interpretation of the chap on horseback through the powers of ‘pharmacology’ preventing the door from opening and access to the element attempting to interact with the receptor.

4 Responses to “Lego for Pharmacology”