This afternoon, CEL hosted a workshop on augmented and virtual reality in teaching and learning.  To a packed PG30a, David Hunt, Stephen Pyne, Debbie Holley and David Biggins demonstrated the use of tools including Aurasma, Zappar, Google Cardboard and the 3D world of Oculus Rift. 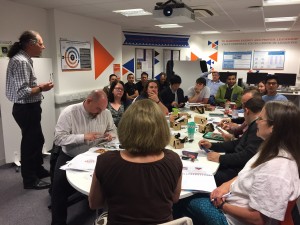 David Hunt explaining the use and benefits of Aurasma 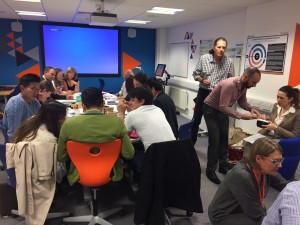 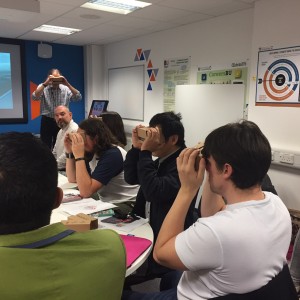 Google Cardboard was a great success People were soon creating their own augmented reality applications