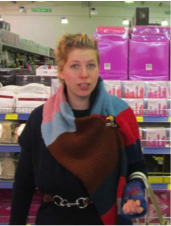 In a follow-up post to her thoughts about student loans, Hannah Arendt, and the limits of life, Dr Alex Wardrop discusses why an independent fair access regulator can help us tell stories about widening participation differently.

“If we keep continue to speak the same language to each other, we will reproduce the same story. Begin the same stories all over again. Don’t you feel it? … Same arguments, same quarrels, same scenes … Same difficulties, the impossibility of reaching each other. Same … same … Always the same.”

The philosopher, Luce Irigaray, wrote those words almost 40 years ago. They form part of her attempt to unravel how the words we speak (or don’t speak) are shaped by systems of power which persist, in part, by cutting off some words, some stories, and some bodies. Inequalities persist because the story resists being told otherwise.

Or, to put it another way, inequalities persist because some stories resist being told at all.

One of those resistant stories is that of widening participation to higher education. It remains a story that is the heart of Government policy and one whose complexities are often silenced.

This week the Chief Executive of the charity Brightside, Anand Shukla, wrote a blog for the website WonkHE. The story told is one where a single focused fair access regulator remains vital, particularly if the Teaching Excellence Framework (TEF) includes targets relating to widening participation.

Shukla highlights how the Office for Fair Access (OFFA), in working with universities and colleges to improve their fair access activity, has seen the participation rate of young people from the most disadvantaged neighbourhoods increase by 61%.

But, as Shukla makes clear, that is not the end of the story. Participation of students on part-time courses has dropped by 48% since 2010-11. And if we tell the story of what happens to students after graduation, the fairy-tale of fair access turns even grimmer.

We seem stuck on the same story.

When it comes to widening participation to higher education, finding the right words to tell the story (or, rather, different stories) becomes part of the process of transforming the landscape.

It is difficult to tell stories differently, particularly when the very language used can perpetuate the patterns of inequality we are trying to change.

Penny Jane Burke’s book The Right To Education, for example, emphasises how the dominant language of widening participation (that of barriers and aspirations) is rooted narrow assumptions about what it means to be a student. Burke argues that there has been a failure to tell the stories of wider patterns of inequality within society and education. This means that policy and practice, however well-intentioned, risks perpetuating and entrenching existing inequalities.

Shukla writes that “the existence and role of OFFA ensures that fair access remains high on the political and policy making agenda.”

The existence of the independent fair access regulator, I would suggest, is vital for the sector for another reason: it can help us find the right words to tell the story differently.

As part of our programme Fair Access Research, I have analysed access agreements for universities and colleges in England to find out how research and evaluation is being talked about. What becomes clear is that the sector is changing the way it’s telling its fair access stories. And this is in part due to OFFA encouraging institutions to reflect more on the impact of their activities and to utilise research expertise that may be at hand.

Over the summer, OFFA published its Evidence Strategy. “Our role is to enquire effectively, rather than know all the answers for a given institution.” This is a very different story for a Government regulator to be telling. It is asking us as a sector to speak together, to listen better, to not keep the story the same.

Once upon a time the Government told a long story:

“We recommend to the Government and the Funding Bodies that, when allocating funds for the expansion of higher education, they give priority to those institutions which can demonstrate a commitment to widening participation, and have in place a participation strategy, a mechanism for monitoring progress, and provision for review by the governing body of achievement”

Almost 30 years on, the story remains the same, even if what its told on may look a little different.

For fair access to become the system (as I wrote here a while ago), the practices, budgets, and words we use need to be developed with, and championed by an independent body whose sole focus is improving the opportunities of students who are marginalised and disadvantaged. And this is especially important in a social and education landscape that remains fraught.

To make positive changes to higher education requires learning and listening together.

Part of the work of our Fair Access Research programme is to establish effective ways of learning together, as an institution and a sector. This includes listening to internal research and sharing expertise between academics and professional practitioners.

At BU, for example, our widening participation stories could include how cultural democracy can reshape higher education or re-position the role of passion in the classroom or be informed by a fusion of play and life-narratives to understand experiences of being a student in different ways.

This is, of course, not the end of the story.