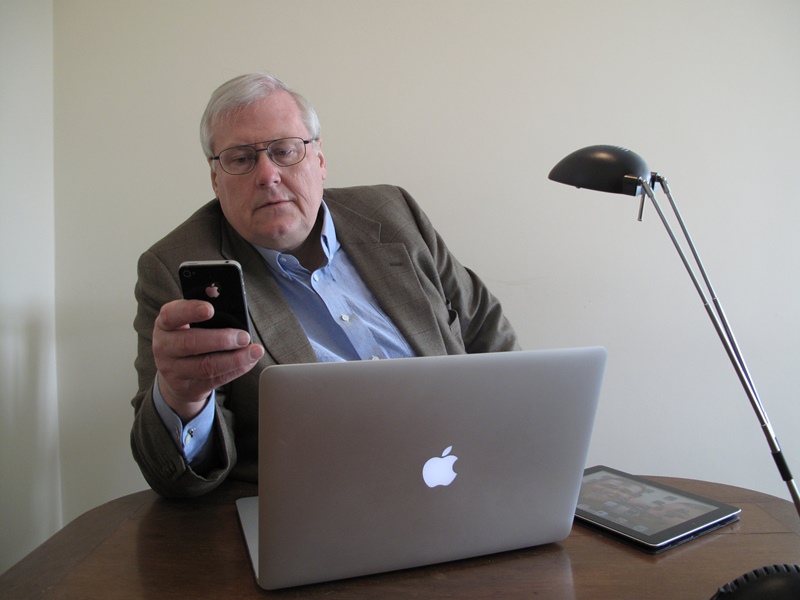 Philip James is PhD Researcher in a eTourism at Bournemouth University, UK. His research project, supervised by Dr. Philip Alford, Associate Professor Jacqui Taylor, and Professor Roger Vaughan aims to produce a psychological model to understand the motivations behind Active Seniors’ engagement with online media in their holiday purchases.

The over 50s demographic is the fastest growing age group in the world and in particular in the more developed regions (USA, Canada, Europe, Japan, Australia/New Zealand) as people benefit from improved nutrition, healthcare and live healthier, more active lifestyles than previous generations. In the UK over 50s represent more than one in three (35%) of the total population and own 80% of the financial wealth.

The introduction of Apple’s iPad in 2010 resulted in a surge of Internet users particularly the older age groups, so that by the end of the third quarter in 2012 only 15% of the total UK population had never used the Internet. Among 16-44 year olds 97% had used the Internet in the previous three months compared with 85% of 45-64 year olds, and 42% of over 65s.

The so-called Digital Natives (individuals who were born into a world of pre-existing digital technologies) are at home using social media (e.g. Facebook) and review sites (e.g. TripAdvisor) and online media in general. Nevertheless, nearly two-thirds (65%) of over 55s booked their last holiday exclusively online, a non-statistically significant difference from people aged 54 and under (68%).

Looking at the convergence of these trends the research question is what motivates Active Seniors (active, healthy and wealthy 50-70 year olds), and what added-value do they perceive they gain in terms of their overall holiday experience, to engage in social and other online media before, during, and after their holiday. This study will use an interdisciplinary (marketing and psychological) theoretical approach with a mixed-methods design to gain rich, in depth, qualitative descriptions of lived-experiences that will be used to inform the development of a quantitative online survey instrument to gain a breadth of knowledge about this key target market for tourism.