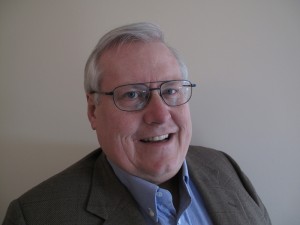 Philip had a successful career first in international fmcg marketing and then running his own businesses in the US and UK before retiring from business life in 2003.

He was a marketing manager for cigarettes at Imperial Tobacco Ltd (1969-1980), apart from a short period as an Army Officer. Appointed as the UK head of marketing for Tampax Ltd he was later sent by the company to New York for two years to develop new products, returning as general manager for Europe in 1985. In 1987 he joined and part-owned a packaging and corporate design company, Benchmark, Inc. as executive vice president, based in Westport, CT. Within a year the company had opened offices in Cincinnati, OH and Santa Rosa, CA. He negotiated the sale of the company to a British group in 1989 and returned to the UK.

After three years as a business consultant, including two years as interim MD of the UK’s largest travel brochure distribution company for the tour operators, and a year setting up a distributor network for ICI Autocolor across Europe, Philip obtained funding from Circular Distributors Ltd to found Lifecycle Marketing Ltd in 1992. This was a company that published a free pregnancy guide in association with the Royal College of GPs in order to create a database of newly pregnant women. Philip was publisher and MD of Lifecycle Marketing and a director of Circular Distributors, responsible for devising IT strategy and implementing it throughout the group, until 2003 when the CD Group sold to the Royal Dutch Post Office/TNT group.

In 2005, after a period of travelling, Philip started a psychology degree with the Open University, graduating in 2008. He gained his MSc in psychological research methods at Birkbeck, University of London in 2012 and immediately joined BU to start on his PhD journey. The title of his PhD thesis is: Towards a psychological model for understanding Active Seniors’ engagement with online media in their holiday purchases