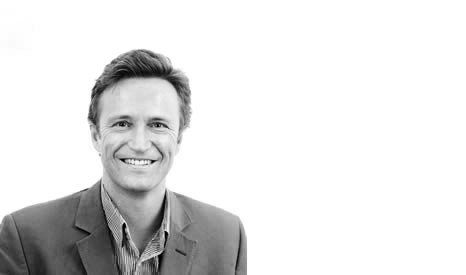 Dr Philip Alford’s role at Bournemouth University (BU) is a far cry from your average nine-to-five desk job. His work has taken him all over the world, from attending conferences in Singapore and Geneva, to teaching in Paris as a visiting professor.

Philip joined BU in January 2009 as a Senior Lecturer in Tourism and Hospitality Marketing, specialising in e-marketing, brand marketing and Customer Relationship Management. Specific areas of interest for Philip lie in how enterprises use digital marketing tools such as social media, email and Pay Per Click, as well as e-tourism and the future role of Destination Management Systems. “It’s a great opportunity to apply research, enterprise and knowledge in a business setting and to develop real life examples to use in the classroom,” says Philip.

And enterprise is certainly one of Philip’s passions. In the past few months he has delivered a series of one-day e-marketing workshops to micro-tourism enterprises in Cornwall, Cheshire and Wiltshire. He will also be delivering a unit on the Tourism Management Institute online marketing course for industry professionals later this year. But the global recession spells tough times ahead for enterprise. “The biggest issue at the moment is how to engage effectively with enterprises – not least for funding as there isn’t likely to be much more from the Government,” he says.

In addition to teaching at BU Philip has taught a number of courses in Paris at the Institut de Management Hotelier Internationale – ESSEC Business School and at CERAM Sophia Antipolis European School of Business in Nice. And his work has taken him further a field to present his conference papers in Austria, Egypt and Singapore, to name but a few. One particular career high for Philip was being invited to be the keynote speaker at timeshare consortium RCI’s annual convention in Marbella – an accolade that meant he was interviewed by top ITN journalist Alastair Stewart.

Away from the classroom it’s clear Philip still enjoys a challenge. In keeping with his spirit of adventure, he is about to enrol on a kitesurfing course and enjoys mountain biking in his spare time.

So what’s next for Philip? His main project at the moment is creating a Digital Hub at BU which will bring together the skills, knowledge and expertise at the University and offer them to businesses in a range of services, such as consulting, short courses and e-newsletters. “In simple terms, when local and regional companies, big and small, want to know more about how to engage with the Creative and Digital Economy we want them to think of BU.”