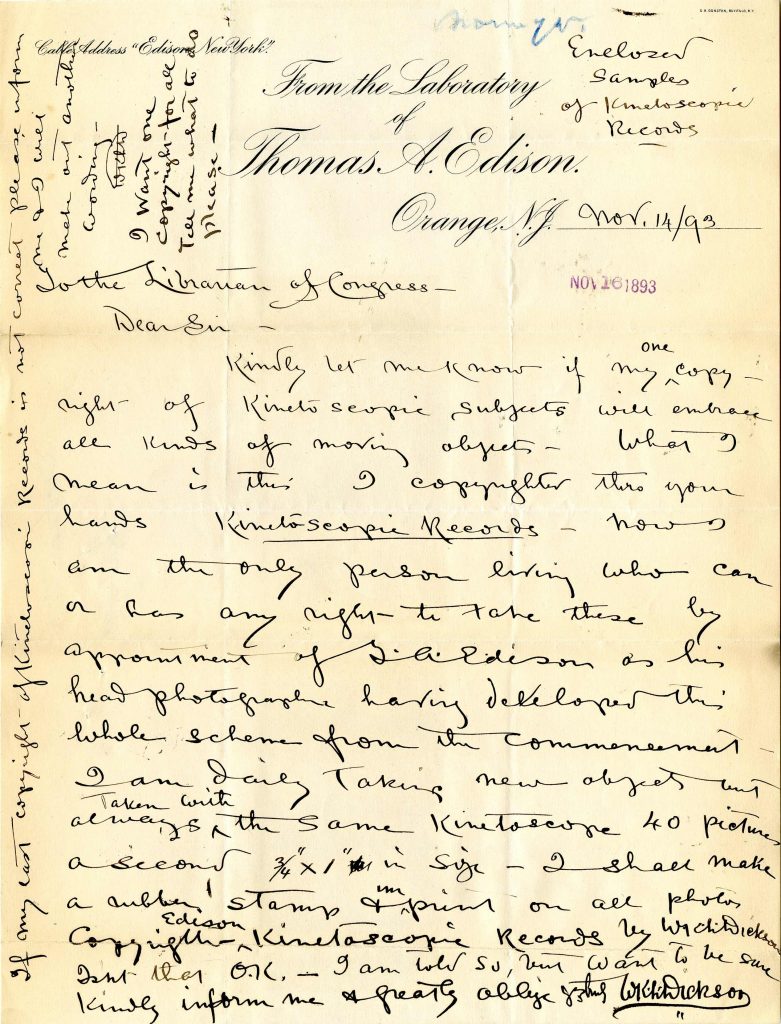 A major discovery in the world of copyright and film has been unearthed by Principal Academic in Film and CIPPM Member, Dr. Claudy Op den Kamp. As a Kluge Fellow at the Library of Congress, Claudy unearthed the evidence – that many have been looking for decades but have not been successful – identifying the first US copyright motion picture registration titled “The Blacksmith Shop” also known as the “The Blacksmith Scene” or “The Blacksmithing Scene”.

The first motion picture copyright registration goes back to Thomas Edison and his engineer, William K. L. Dickson. Together they invented the kinetoscope – “a device that allowed one person at a time to view a strip of sequential photographs, creating the illusion of motion”. At the time it was invented in the 1800’s, copyright did not extend to motion pictures but did cover photographs (which had been the case since 1865). In October 1893, Edison and Dickson submitted “Edison Kinetoscopic Records,” as a series of photographs that represented frames from a motion picture, for copyright registration.

However, somewhere during the 1940’s, the Edison Kinetoscope records went missing and as the title identified the method of creating motion pictures at the time, but not the content of the film itself, the first film registered by copyright had been a mystery to copyright and film scholars alike.

Claudy solved this mystery during her Kluge Fellowship at the Library of Congress during Summer 2022, when she became the first researcher to follow a different path to the one trodden by many in discovering the copyright registration of the first motion picture, “The Blacksmith Shop”. She achieved her aim by turning her attention to the correspondence relating to the Librarian and Register of Copyrights at the Library of Congress at the time, Ainsworth Rand Spofford. Claudy says it felt like “looking for a needle in a haystack” but through sheer perseverance and determination, Claudy achieved this feat, that nobody else has and we at CIPPM could not be more proud of her.

Our warmest congratulations to Claudy.

A public event, highlighting Claudy’s research will be hosted by CIPPM in the near future – so please watch this space.

The trailer of The Shadow Line can be accessed here.

A press release  and write-up from the Library of Congress highlighting Claudy’s research journey can be found here and here.

A write-up from Bournemouth University detailing Claudy’s discovery can be found here.