You are here: Home > CIPPM researchers at the 10th Annual Workshop of ISHTIP 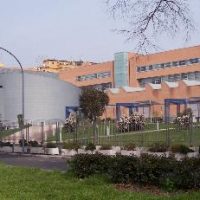 The 10th Annual Workshop of the International Society for the History and Theory of Intellectual Property (ISHTIP) workshop was held at University Roma Tre on 3rd-6th July 2018. The theme of the workshop was Intellectual Property and Heritage and the range of papers discussed was extremely broad, with discussions on topics such as how indigenous cultural heritage is affected by copyright; about the nature of an “author” in musical compositions; the copyright history of maps in Australia and the appropriation of social media images as art.

On the 3rd July, the Pre-event Roundtable was held on Histories of Intellectual Property in Numerous Objects, focusing primarily on contributions in the upcoming book A History of Intellectual Property in 50 Objects, edited by Claudy Op Den Kamp and Dan Hunter (due to be published by Cambridge University Press in early 2019). CIPPM’s Claudy Op Den Kamp led the roundtable, with 15 presentations given by both ISHTIP members and book contributors on objects that have had significant intellectual property and social impact. The objects discussed included (among others) the football, the Ferragamo wedge, the CD-ROM and the Mona Lisa painting.

Maurizio Borghi presented his book chapter on the Player Piano Rolls, discussing its invention and the so-called “music box exemption” in the Berne Convention. There has been considerable discussion historically concerning whether the piano rolls were copies of copyrighted sheet music, or whether they were instead part of the machine that played the music.

Claudy Op Den Kamp also presented her book chapter on the Paper Print Collection of films held at the Library of Congress.  She discussed the copyright registration peculiarities of the earliest films as photographs, and how very few of these films still exist today, making the collection extremely valuable.

CIPPM PhD researcher Melanie Brown presented her book chapter on the oral contraceptive pill, highlighting the wide range of intellectual property items that resulted from its invention, including the Pill’s revolutionary dispenser patents and the focus on pharmaceutical safety following severe side-effects for the women the Pill was trialled with. The official book launch of A History of Intellectual Property in 50 Objects was then held on 4th July at the E-Lex Legal studios, courtesy of Swinburne Law School.

During the main conference, Maurizio Borghi presented and commented on Hyo Yoon Kang’s (of Kent University) paper, Transgressions as homage and heritage in compositional practices of Luciano Berio and Richard Beaudoin, exploring the notion of authorship in musical compositions.  Expanding on her presentation on the Ferragmo wedge at the roundtable, Marianne Dahlen of Uppsala University submitted her paper  A question of heritage: Salvatore Ferragamo and the invention of the wedge heel. Claudy Op Den Kamp presented and commented on her paper, further exploring the dramatic socio-economic climate that led to the invention of the wedge heel. 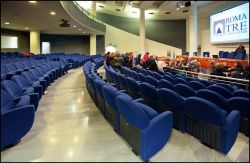 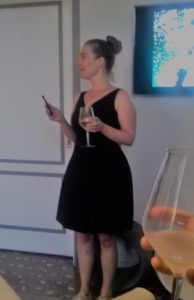 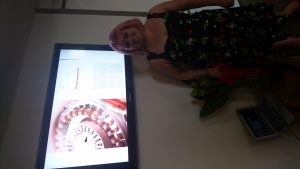 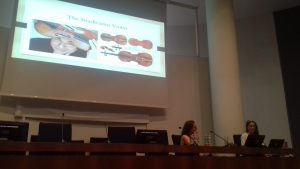 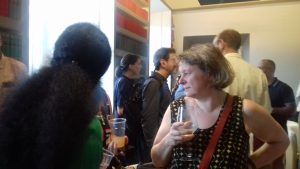 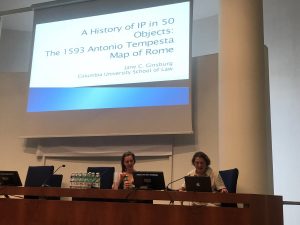 Our public lectures series on topical issues of intellectual property law and policy is open to anyo...

Observatory on transposition of Exceptions & Limitations

CIPPM / Jean Monnet Centre of Excellence has launched an Observatory on the national implementation ...

AI and Digital Trade: An introduction to technologies and real world practice