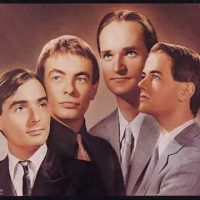 April 10, 2017
Bunderverfassungsgericht BVerfG 1 BvR 1585/13 – ‘Metall auf Metall’
The German Federal Constitutional Court has delivered an important decision with regards to the permissibility of sampling which is widely used in hip hop and electronic music. With this decision, the Court ended a dispute that has been ongoing for almost twenty years. Furthermore, the Court has applied a fundamental rights discourse between the countervailing rights of the original authors and those of the new works using samples from the original works. The preceding courts found that sampling would constitute an infringement of the phonogram producer rights (Section 85 of the German Author’s Rights Act) where the samples could have been created independently. The German Constitutional Court, however, disagreed: by holding that sampling was a form of art protected by the fundamental right of artistic freedom and may outweigh the exploitation interest of the phonogram producer, which would only be impaired to a minimal extent by sampling.
_____________________________
Marc Mimler‘s case review has been published in the latest edition of the Queen Mary Journal of Intellectual Property (Volume 7, Issue 1, April 2017). You can access the article here.

Call for Papers for presentation at CIPPM one-day Workshop on 11 March 2020 and publication in the J...

Study on Illegal IPTV in the European Union now published

Noam Shemtov – Cohabitation or collision: the challenge to patent law of AI activity in invention-making processes

Péter Mezei – From Leonardo to the Next Rembrandt: The Future of Authorship, Originality and Moral Rights in the Age of Algorithms