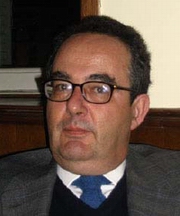 Traditionally, the recovery of damages caused by IP infringement, as well as the accounting for profits, has been a matter of domestic laws. This started to change with the adoption first of the TRIPs Agreement in 1994 and later with the implementation of the EU enforcement directive No 48 of 2004. While in the first years after its implementation by national laws the number and significance of decisions handed down by the European Court of Justice has been quite limited, in the last few years several cases have come up, mostly in areas at the periphery of intellectual property (plant varieties, recognition and enforcement of foreign judgements), which may shed some light on several crucial issues.

Marco Ricolfi is Professor of Intellectual Property at Turin University and partner of the Tosetto Weigmann and Associates law firm in Milano and Turin.