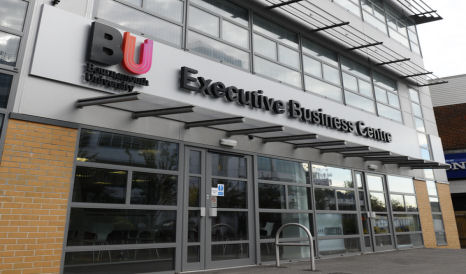 Our public lectures series on topical issues of intellectual property law and policy is open to anyone to attend, but space is limited. Please email Terry Mitchell to reserve a place on one or all of the lectures. The events will take place at the Executive Business Centre, close to Bournemouth train station.

Traditionally, the recovery of damages caused by IP infringement, as well as the accounting for profits, has been a matter of domestic laws. This started to change with the adoption first of the TRIPs Agreement in 1994 and later with the implementation of the EU enforcement directive No 48 of 2004. While in the first years after its implementation by national laws the number and significance of decisions handed down by the European Court of Justice has been quite limited, in the last few years several cases have come up, mostly in areas at the periphery of intellectual property (plant varieties, recognition and enforcement of foreign judgements), which may shed some light on several crucial issues.

Marco Ricolfi is Professor of Intellectual Property at Turin University and partner of the Tosetto Weigmann and Associates law firm in Milano and Turin.

Enrico Bonadio (City University of London): “Limiting the use of brands on public health grounds”

The packaging and trade dress of an increasingly category of health related products (tobacco, alcohol, food and pharmaceuticals) is gradually shaped and physically defined more by the state than by the market. Measures which restrict the freedom to “populate” the packaging of the products in question are indeed increasingly adopted or proposed by governments and parliaments. While generally the common objective of most of these measures is to better inform consumers about the characteristics of the goods at stake, as far as harmful products (tobacco, alcohol and unhealthy food) are specifically concerned, they basically often aim at dissuading people from actually consuming them. And they do so by minimizing the impact of trademarks and other packaging elements (also protectable by copyright, designs and other IP rights) on the overall aspect of the product. In their pursuit of public health targets, regulatory bodies are thus determined to restrict the ability of manufacturers in the industries in question to promote and market their goods as they wish, and to make the products appealing to consumers by using IP-protected eye-catching words, logos or ornamental features on the pack. The implementation of this new category of regulatory requirements raises therefore significant challenges for IP regimes.

Enrico Bonadio is Senior Lecturer in Law at The City Law School (London) and a Solicitor qualified to practise in England and Wales as well as in Italy.

Carlos Correa (University of Buenos Aires): “The TRIPS Agreement: what impact after 20 years of adoption?”

The incorporation of intellectual property into the multilateral trade system has not proven to bring about the promised benefits. The premises that underpinned the strengthening and expansion of intellectual property through the TRIPS agreement – namely that innovation will be globally boosted– did not match the reality. Despite that the pharmaceutical industry was one of the main proponents of the Agreement, the rate of innovation in this industry has not increased; it has rather declined while developing countries struggle with high prices for medicines and investments in R&D necessary to address their particular health needs continue to be insufficient.

Carlos Correa is Professor of Law and Director of the Centre for Interdisciplinary Studies on Industrial Property and Economics Law at the University of Buenos Aires. He is member of the Commission on Intellectual Property Rights, Innovation and Public Health of the World Health Organization (WHO).