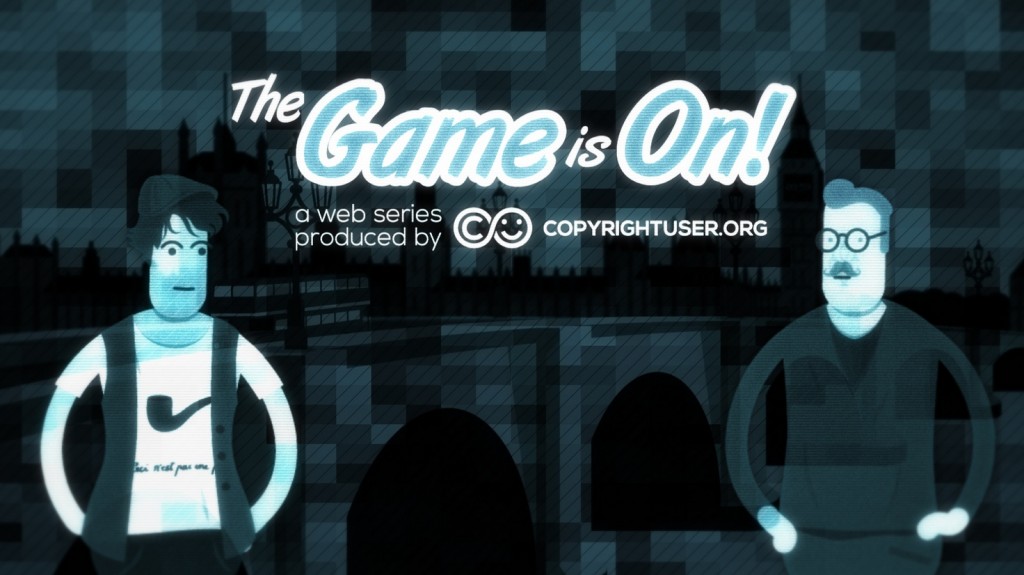 Copyrightuser.org – a collaboration between the Centre for Intellectual Property Policy and Management (CIPPM) and CREATe, University of Glasgow, has produced Episode II of the ‘Game is On!’ Series.

The project led by Principal Investigator for Bournemouth University, Dr. Dinusha Mendis, was initially funded by BU’s Fusion Investment Fund in 2012. Since 2013 the project has been successful in securing AHRC funding under the leadership of Dr. Mendis and in November 2015, won the AHRC Innovation in Film Award.

Game is On! by Copyrightuser.org is a s a series of short animated films that puts copyright and creativity under the magnifying glass of Sherlock Holmes, providing a unique, research-led and open access resource for school-aged learners and other creative users of copyright. Drawing inspiration from well-known copyright and public domain work, as well as recent copyright litigation, these films provide a springboard for exploring key principles and ideas underpinning copyright law, creativity, and the limits of lawful appropriation and reuse.

Episode I of the ‘Game is On!’ Series titled The Adventure of the Girl with the Light Blue Hair  won the AHRC Innovation in Film Award in November 2015 and was shortlisted for a BUFVC Learning on Screen Award in April 2016 and has been recently used by Into Film to develop the educational resource ‘Exploring copyright for clubs’.

The accompanying Case Files – a feature of the ‘Game is On!’ series – for Episode I was authored by CIPPM’s Co-Director, Dr. Dinusha Mendis and CIPPM PhD Candidate, Ms. Hayleigh Bosher.

Episode II titled The Adventure of the Six Detectives is also accompanied by a number of Case Files, authored by CREATe researchers Megan Rae Blakely and Andrea Wallace and offer points of discussion around many of the most pressing copyright questions and concerns faced by screenwriters: http://copyrightuser.org/the-game-is-on/episode-2/