You are here: Home > The WINIR Symposium on Property Rights 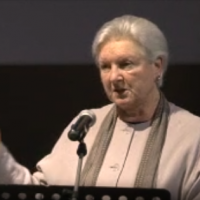 Ruth Towse attended the World Interdisciplinary Network for Institutional Research (WINIR) Symposium on Property Rights which attracted academics from all over the world with a seeming predominance of legal experts. WINIR has its focus on three core disciplines: economics, law and sociology, each of which was represented in the three keynote talks. Over two half days and one full day of the Symposium, there were also five parallel sessions. Only one was on copyright, however, to which Ruth contributed a paper on Economics of Copyright Management Organisations which stressed the institutional set-up of collective rights management and the changes being brought about by digitisation and the EU ‘Collecting Society’ Directive’s impact on collective rights management. Other papers in the session were on empirical measures of the value of open access journal publishing and on the economic determinants of unauthorised copying. Ruth was also asked to chair a session with papers on compulsory licensing of pharmaceuticals and public health in developing countries, property rights and decentralization in network industries, geographical indications as global intellectual commons and, rather curiously, on safeguarding property right while fighting money laundering, presented by a Romanian economist. There was also a session on patents but apart from that, nothing on IP.

There was a strong emphasis on historical aspects of institutional development of property rights, in line with the work of both Douglass North and Elinor Ostrom, both winners of the Nobel Prize in economics, who are the inspiration for the new institutional economics and WINIR. It was somewhat disappointing that there was so much emphasis on more general issues. That said, the quality of papers and talks was very high.