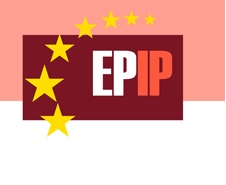 CIPPM Co-Director, Dr. Dinusha Mendis was invited as a Keynote Speaker to the 9th European Policy on Intellectual Property (EPIP) Meeting at the European Parliament, held from 4-5 September 2014.

The event hosted by the European Commission and the European Parliament, and organized by Dr. Georg von Graevenitz focused on interdisciplinary research in a wider policy context.

Dr. Mendis’ talk focused on her latest research into the Intellectual Property Implications of 3D printing, particularly the copyright implications arising from the use of 3D printing software and online tools.

Her talk also drew on the research carried out for a Commissioned Project by the UK Intellectual Property Office (UKIPO).  The outputs from this project will be published in Autumn 2014.

A separate paper based on the talk and Commissioned by Law, Innovation and Technology (Hart Publishing) will be published later in the year.

The 10th Meeting of the European Policy on Intellectual Property Association will be hosted by CREATe, University of Glasgow from 2-3 September 2015.  More details about the event can be found at the 2015 EPIP microsite here.