You are here: Home > Open Standards in Government IT 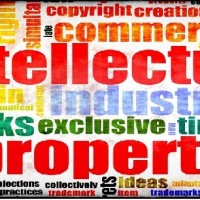 The Cabinet Office has commissioned an independent study on the costs and benefits of introducing an open standards policy for software interoperability, data and document formats in government IT requirements.

Academics from the Centre for Intellectual Property Policy & Management (CIPPM) at Bournemouth University have prepared a review of the evidence on the competition and innovation effects of standardisation in IT systems.

The evaluation of implementation options includes an assessment of the contested issue of royalty bearing standards (common in the ICT field where patented technology is pervasive) and royalty free standards that might steer government IT supply chains towards open source suppliers.

The research has been led by Sally Weston, a commercial lawyer and Head of Law at Bournemouth University, and Professor Martin Kretschmer, Director of CREATe and former Director of the Centre for Intellectual Property Policy and Management. They have also drawn on the expertise of economics professor Jenifer Piesse.

The key findings of the review are:

“Although there is a lack of quantitative evidence on precise cost savings from adopting open standards there are abundant examples where an open standards policy has been adopted with consequent benefits. The literature identifies few downside risks. The challenges appear to lie in the manner of implementation so that potential pitfalls, such as adopting the wrong standard, are avoided while maximising potential gains from increased interoperability, such as more competitive procurement and benefits to SMEs and citizens. The evidence does not support the need to offer intellectual property rights to write good interfaces.”

The views expressed in this report are those of the authors only. Comments on the working draft, published for peer review on 12 July, are invited.

The draft of 12 July has been revised in response to comments received. The latest version of 10 September is open for further comments until the end of September 2012. Please write to Sally Weston or Martin Kretschmer.

The final version of the Report can be accessed here:

The UK ICT Strategy, published on 30 March 2011, committed the Government to creating a common and secure IT infrastructure based on open standards. From 9 February to 4 June 2012, the Government consulted on options for mandating open standards for software interoperability, data and document formats. The current research contributes to an impact assessment of the proposed policy by:

This review of the evidence reported in the literature on open standards concludes that adoption of an open standards policy to encourage interoperability and more competition in the procurement process, is likely to be advantageous. The benefits include potential cost savings as well as social benefits such as allowing greater access to and transparency of information. There remain areas that require careful consideration particularly in the manner of implementation of the policy. One of these areas is whether to adopt FRAND (Fair Reasonable and Non-Discriminatory) or to prefer RF (Royalty Free) licensing terms. The literature calls into question the rationale for software patents and therefore the argument that FRAND is necessary to incentivise innovation. The decision to include FRAND could be justified on the ground that it gives the greatest choice of supplier, but it may also reduce choice and competition when the main potential competitor is open source software, because of incompatibility between patents and some open source licence terms. It is not clear that a level playing field exists between proprietary and open source software. If FRAND is accepted, policies may be needed to ensure competition from open source suppliers, including pilot projects and dissemination of information to encourage uptake of open source software by government agencies.

Specific benefits identified include a reduction in lock-in and associated switching costs; a reduction in the size and duration of IT projects and the sharing and reuse of IT across departments; encouraging innovation and opportunities for smaller companies to participate in contracts; and improving business and consumer interface with government.

Notes for editors:
From 9 February to 4 June 2012, the Government consulted on options for mandating open standards.
http://consultation.cabinetoffice.gov.uk/openstandards/

The acronym FRAND (Fair Reasonable and Non-discriminatory) is used in Europe while RAND is used in the US.

The term Royalty Free (RF) has been ascribed various meanings including the unilateral or reciprocal non-assertion of IPR and royalty free licenses which are in other respects subject to FRAND terms. While the precise RF terms can be important in specific cases, particularly when open source software is involved, for the purposes of this review of the evidence the important aspect of RF is that no royalty is charged for the use of the standard.

The 12th ISHTIP Annual Workshop, scheduled for 13-17 July at Bournemouth University, has been postpo...