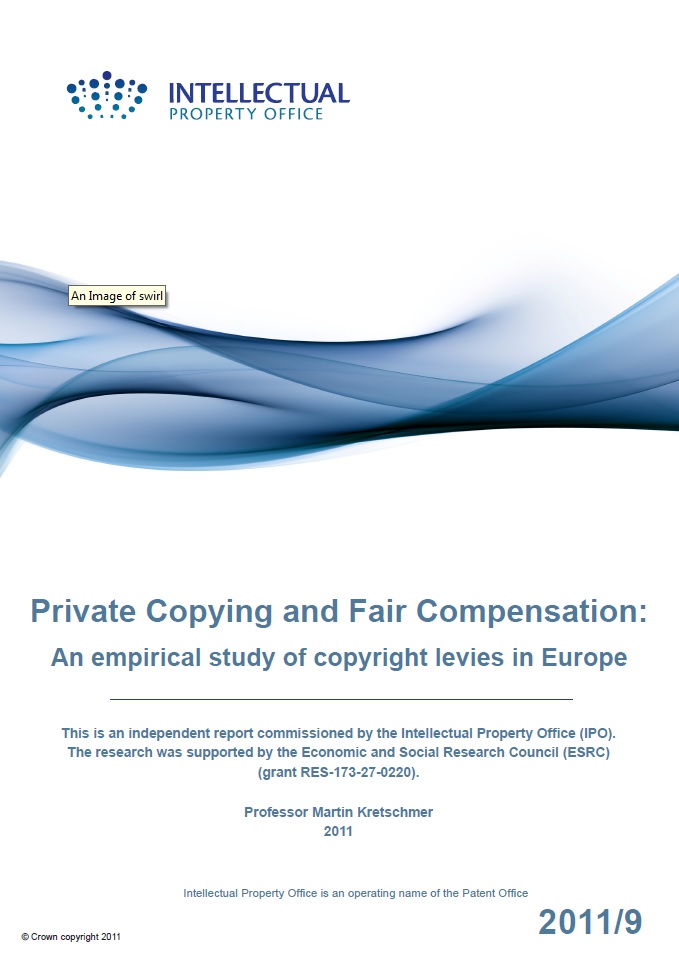 Following the Information Society Directive of 2001 (introducing the concept of “fair compensation” for private copying into EU Law), total collection from levies on copying media and equipment in the EU tripled, from about €170m to more than €500m per annum. Levy schemes exist now in 22 out of 27 Member States (with only the UK, Ireland, Malta, Cyprus and Luxembourg remaining outside). Despite their wide adoption, levy systems are little understood, both in respect of their rationale and their economic consequences. Tariffs are increasingly contested in court, leading to a large gap between claimed and collected revenues. The European Commission has announced “comprehensive legislative action” for 2012.

This report offers the first independent empirical assessment of the European levy system as a whole. The research consolidates the evidence on levy setting, collection and distribution; reviews the scope of consumer permissions associated with levy payments; and reports the results of three product level studies (printer/scanners, portable music/video/game devices, and tablet computers), analysing the relationship between VAT, levy tariffs and retail prices in 20 levy and nonlevy countries.

The report’s findings have been widely, and controversially reported. See Kretschmer’s response to the public debate (April 2012).

Earlier versions of the report, published for peer-review, have been archived here (June 2011).