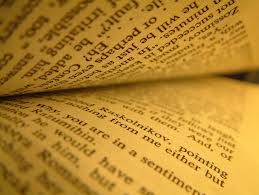 AUTHORS’ EARNINGS FROM COPYRIGHT AND NON-COPYRIGHT SOURCES: A SURVEY OF 25,000 BRITISH AND GERMAN WRITERS

In 2005, the UK Collecting Society ALCS commissioned a comparative study on authors’ earnings from a team of lawyers and social scientists at CIPPM. The aim was to create an independently validated evidence base for policy makers, in particular in relation to copyright issues in the digital environment. The core of the project was a large scale questionnaire survey covering professional profiles, sources of earnings, contracts and Internet issues in the UK and Germany – two countries with significant differences in their respective copyright frameworks, and publishing sectors of comparable size. ALCS contractually agreed to uphold the independence of this survey.

The study is the largest of its kind, and one of the first that systematically sets authors’ income into a context of earnings data available for other professions, and in other countries. It is also the first that was able to control the results against collecting society payments, as well as tax, insurance and labour force data held by government statistical offices.

One Response to “Authors’ Earnings from Copyright and Non-Copyright Sources”