As someone who has lived in Bournemouth all their life, there is no doubt that it is a scenic location. With its beaches, town centre and vibrant nightlife, it is the perfect place for someone looking to study at Bournemouth University. However, there is another fascinating side to Bournemouth within its history which many people might not be aware of. This includes well-known locations and even a famous author or two…

Bournemouth prides itself on having an abundance of beautiful locations which attract people from all over the world. Among the idyllic locations, we have Hengistbury Head. This is located near Christchurch and is a Site of Special Scientific Interest for a good reason. The views which can be observed via the walking paths are outstanding and include Christchurch Harbour and the Isle of Wight.

The Jurassic Coast is another stunning location which spans an impressive 96 miles (approx.) and moves throughout Devon to Studland Bay. There are many wonderful locations along this coast, including Old Harry Rocks, Durdle Door, Lulworth Cove and it passes through notable towns such as Weymouth, Swanage and Exmouth. 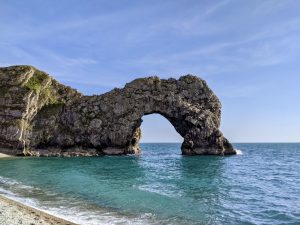 As someone who is currently studying English, I just had to mention the important literary figures who have been associated with Bournemouth.

Mary Shelley, known for her 1818 gothic novel Frankenstein, is buried at St Peters Church. Her son purchased land to build a house in Boscombe. Unfortunately, it was not completed until Mary had passed away, and now acts as a theatre. The Mary Shelley pub carries her namesake and is located opposite her grave.

Thomas Hardy, perhaps best known for his 1891 novel Tess of the d’Ubervilles, also had connections to Bournemouth and the surrounding area, having been born near Dorchester.

Legendary writer J. R. R. Tolkien, who is most known for his fantasy collections, including The Lord of The Rings, moved to Bournemouth in order to retire. He frequented the Hotel Miramar located on the Overcliff, which boasts stunning scenery directly overlooking the beach. 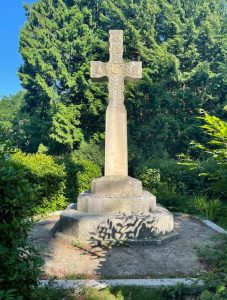 Finally, Bournemouth University’s Talbot Campus is situated directly opposite Talbot Village. This village was founded in the mid-1800s by two Talbot sisters, Mary and Georgina, in order to provide poorer people with a place to carry out paid work and live. The kindness of these sisters directly impacted the area and their legacy lives on. Today, the area houses St Mark’s Church, St Mark’s Primary School and the Almshouses where the workers would have lived still stand too. 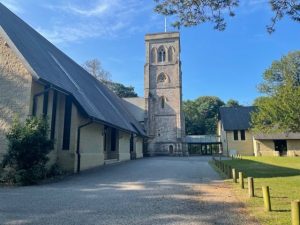 So, if there was ever any question about whether Bournemouth has huge cultural and geographical significance, I am sure this has answered it!

The best of Bournemouth