The most significant worldwide event in the travel and tourism industry, World Travel Market 2014, began on November 3 rd 2014. A huge number of international destinations were present with their impressive national stands.
The travel tech exhibitor zone at WTM 2014 was also very popular  with powerful tourism players present such as GTA, JacTravel, TripAdvisor, and many companies specializing in the new trend: augmented reality in tourism.

One of the highlights on the first day of WTM 2014 was the event in WTM Global Stage: eTourism Dynamics: Technology and hotel distribution online. It was chaired by Professor Dimitrios Buhalis and Richard Lewis. The discussion was very alive as it was about “burning” topics like the growing power of Online Travel Agencies (OTAs), the increasing usage of smartphones for hotel reservations and reviews, the powerful meta search engines, and hotels trying to win over the battle with OTAs. It was underlined that hotels have been trying to motivate more customers to book through the hotel website or reception as opposed to booking via OTAs. This can be done by offering them special treats like discounts for future stays, a high quality wine or SPA treatment. There are also many discount restrictions which are embedded in OTAs contracts and many hotels have been experiencing problems with this. Thus, some hotels have been trying to survive alone and have left OTAs but they had to go back to them as they lost a lot of their customers who booked through OTAs. This indicates that OTAs will continue making profits due to the high dependency of many hotels worldwide on OTAs’ wide customer reach. Another interesting point was given about TripAdvisor. Some hotels have had problems with negative reviews and even though they requested TripAdvisor to remove them, in reality no action was taken from TripAdvisor within 6 months. Hoteliers expressed their concern about this matter which has lead to rooms’ cancellations after tourists had read these negative reviews. The event was wrapped up by emphasizing that OTAs should improve their policies and collaborate in an improved manner with hotels. In the end, customers will always want to stay overnight in hotels but it is vital that they are given a respective high quality service by hotels and OTAs while booking. 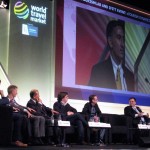 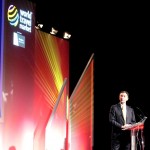 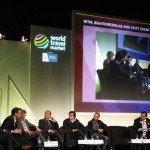 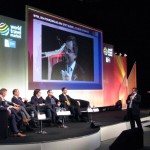 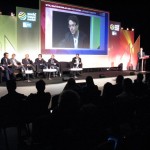 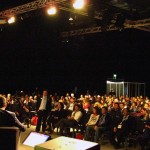