Covid-19 has affected all university courses in different ways, whether that is how your practical work is done or the key topics your theory work includes and there are potentially some changes to come as we enter a month-long lock down. For me personally, the lock down that started in March, alongside the university shutting down, had a more drastic impact on how my second year was being delivered as it meant the studio shoots my group was working on could no longer go ahead and we were unable to access the new TV studios in the Poole Gateway Building due to Covid-19 guidelines. In one of my previous blogs, TV Production And The Opportunities, I talked about how studio shoots worked pre-Covid-19, but how does that compare to how my course is being taught now?

The theory work side of Television Production was one of the areas that was able to function almost exactly the same as before as they are primarily research based units and the majority of the required materials were available to us online through BU’s Library Catalogue etc. The biggest change was our seminars moving completely online along with all the other elements of the course which worked well alongside the new practical side of the course which was consistently changing to fit the our assignments briefs that were updated to fit with the new format.

At the time of the university closing and the lock down starting, my studio group had shot the first two episodes of a music competition we had been working on, but the studios were one of the first key facilities to close down meaning it was clear the show was going to have be completed in a different way. Instead of filming the shows in the Weymouth House studios as we would have done, we were tasked with creating a treatment for one of our future episodes, detailing how each part of the show would play using archive footage from the shows we had previously filmed and voiceover our crew was recording at home. This proved to be an effective method of transition as like any studio shoot, it still presented a lot of unfamiliar challenges and helped me understand how shoots may work in the future.

Whilst the theory side of the course is still currently remaining online with updated units now including tasks related to Covid-19 , BU has clearly thought through the best ways to safely allow both new and returning students back on campus, whether that is for practical workshops or just for study. This has allowed me to resume my camera workshops for my specialism unit, which has us testing out new equipment that could potentially be used on our upcoming shoots. Whilst the plan was for us to go back into shooting for our course, the new Covid-19 lock down has raised some questions as to whether or not those will be able to go ahead as normal, despite the university staying open. Despite this uncertainty, the course has still remained as interesting as ever with the added factor of now being able to test out new equipment which wasn’t possible earlier in the year. 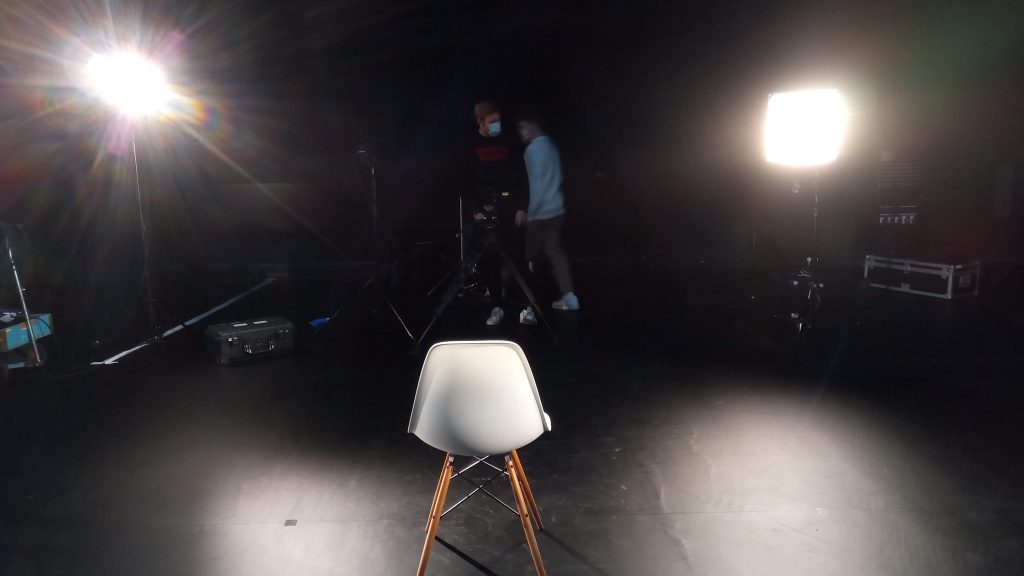