Tv Production and the opportunities

Media courses at Bournemouth University offer a variety of work (both practical and theory) and Television Production gives students a chance to try out all the key roles in the industry ranging from directing to camera operator before you are able to narrow down what you would like to pursue in the future. In this blog, I will give you a quick insight in to some of the work we produce in the second year of the course and how it expands on the work produced in the first year of the course.

Bournemouth University currently offers its students the use of industry-standard television studios with new facilities in the Poole Gateway Building becoming available to the students at the end of March. First year allowed me to create a range of productions within the studios to give us an understanding of how the industry is constantly evolving, and second year narrows down what you enjoyed the most.

Every studio show we take part in gives us a chance to try out roles we haven’t tried before and thanks to the high number of roles available, there is always something new. The roles of a studio production are:

My current production is a series of musical competitions called ‘Dynamix‘ that pits two musical performances against each other to gain the audience’s votes and a chance to progress further into the show. Our group recently shot the pilot episode which laid down the ground work for the rest of the show whilst familiarising everyone with the show’s layout and plan. Before this show was put into production, we spent a whole day brainstorming different ideas as to what we could produce as a series before deciding on the musical competition as a group.

My role for this production was vision mixer which involves cutting between cameras during the record according to the instructions of the director. Alongside this responsibility, every role  involved helping with overall planning of the pilot. In terms of planning, there are a variety of tasks that need to be completed before the shoot including a risk assessment, lighting/floor plan and looking for contributors that can take part in the show. This is where some issues came up as we were unable to get someone from outside of the university and used one of our staff members. Whilst this is not recommended for the rest of the series, how the show turned out gave an idea on how to adapt the structure in the future and cancel out any issues and listen to the feedback from our tutors as to what could be improved.

How has this impacted my experience?

Second year of Television Production gives students the choice of three different units: drama, documentary and studio. What you learn in first year really helps you know which you will prefer and what you’re likely to be strongest at. The range of opportunities in first year really set you up for knowing . I just loved being offered the chance to try out something new and this only continues as you progress throughout the degree. 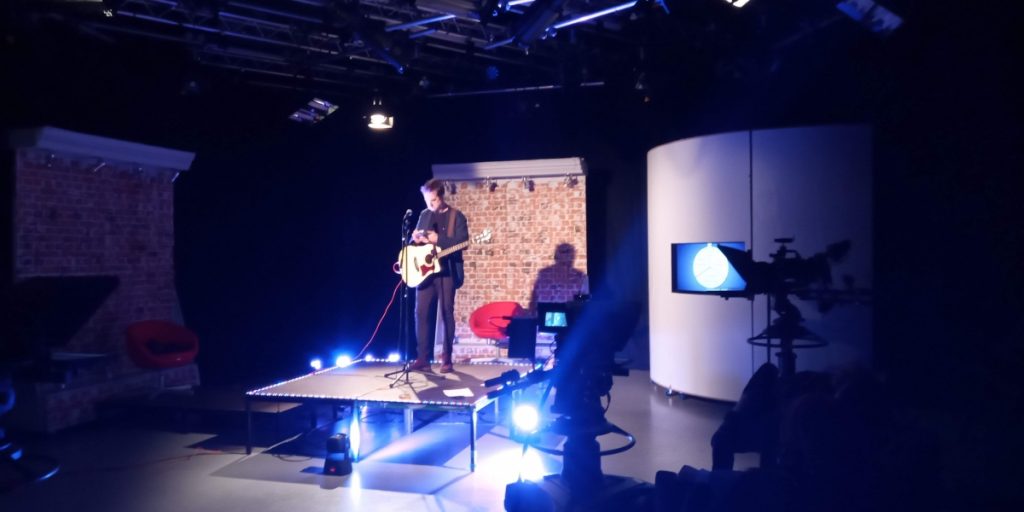