Choosing which course is right for you before going to university can be a challenge, no matter what industry you are looking at. Personally, my overall view about choosing a course shifted once I had attended one of Bournemouth University’s Open Days, as this gave me a clearer idea of what the media courses had to offer – the main three being: Media Production, Film and Television Production.

Media Production offers a large amount of variety when it comes to what areas of media it covers, ranging from audio editing to creating apps with the course as a whole primarily focusing on film, television and radio production. This course is the best choice if you are just starting out in the media industry as it will provide you with the skills required to work in both the professional

industry or independently as it provides you with training on industry-standard equipment whilst also giving you the chance to study abroad at other universities including Montclair State University. This course also lets you work alongside the other media courses during theory units to get a better understanding of how the other areas function.

Whilst Media Production looks at the production side of the industry, the Film course will give you a chance to look at not only the production side, but also the distribution, advertising etc of productions through both theory-based and practical units across either three or four years of study. Whilst the first year of each course covers the industry as a whole, the second year of study allows you to to choose and study the specific areas of the course that appeal to you the most and creating projects along those subjects to further your overall learning. Every course offers different styles of placements between second and third year that can either be at companies including Disney for a 30 week peri

od or at smaller companies in the industry. There are also additional courses available linked to film including BA (Hons) Film Production & Cinematography which is taught at Wiltshire College and University Centre in Salisbury.

across of variety of genres ranging from a 15-minute long game show in a television studio, to a fact or fiction film of your own choosing. Like Media Production, TV gives students the choice in their second year to study on their own areas of interest following their work in first year – mine being studio production and camera and lighting – whilst keeping the course both practical and theory based, theory work being done through essays across each year, which are completed alongside the other media courses shown above. First year also gives the students the opportunity to meet and talk with professional creators in the industry, alongside being taught by them, to receive an inside look into the industry and what they can do to achieve their goals.

Personally, I was undecided for a while as to which degree to apply for across a variety of universities, before I decided to attend the open day in 2017 which is easily the best way to to help you decide if you are considering studying at Bournemouth as they give you a chance to test out some of the equipment whilst giving you a detailed overview of what you would study on in each. Media at Bournemouth University is constantly evolving, including with the opening of the Poole Gateway Building which will give students access to new equipment including new 4K studios and cameras, giving students more opportunities to create new productions. 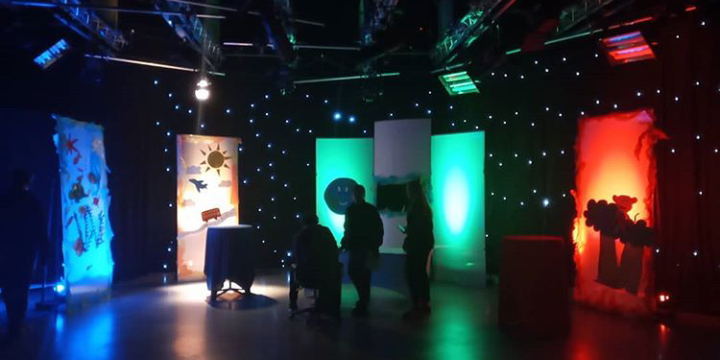