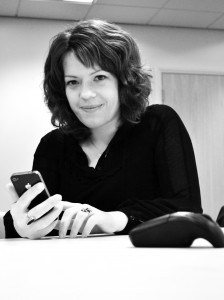 Zornitza Yovcheva’s undergraduate studies in Geography have taken her all over Europe. As well as studying at the University of Sofia in Bulgaria, she also travelled to France, Switzerland, Austria and Italy throughout her course.

More recently Zornitza’s MSc in Geo-Information Science was run collaboratively by four European universities, allowing Zornitza to study at the University of Southampton, Lund University in Sweden, the University of Warsaw in Poland and the Faculty of ITC, University of Twente, in the Netherlands. And it was this experience that eventually led her to Bournemouth University.

“During my MSc I had the chance to experience the different academic systems across Europe, and I particularly admired the British system. Plus I was really impressed by the excellence and variety of expertise offered by the School of Tourism at BU.”

Before joining BU Zornitza was part of a development team designing a web-based globe application for work with animated maps – work that will relate to her PhD studies. Her main research interests expand the domains of geovisualisation, web and mobile GIS, human-computer interaction, usability engineering and computer supported co-operative work. “I’m interested in the design and implementation of various map-based applications and keen to investigate how different factors (from user characteristic to level of interactivity, visual variable and number of users) affect their usefulness.

Her work at the John Kent Institute in Tourism involves working on her thesis about: User-Centred Design for Smartphone Context-Aware Augmented Reality Applications in Tourism.