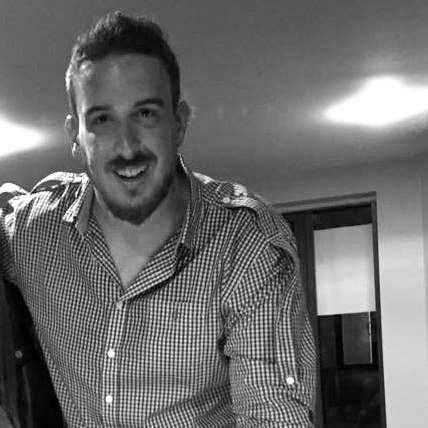 Tassos is originally from Greece and in 2012 he graduated from Panteion University of Social and Political Sciences in Athens, Department of International and European Studies. From 2011 until 2013 he managed to graduate also from the American College of Greece, holding a Certificate of International Tourism and Hospitality Management.

Since the beginning of his studies in 2007 until him joining the Greek Army in 2013, he worked as an English and French teacher for elementary and secondary school students, preparing them to participate in various certificate exams. As part of his studies at the Greek University, he did an internship in Switzerland, at the Permanent Mission of Greece in the United Nations and in other international organisations based in Geneva, gaining valuable experience regarding international negotiation, research conduction on issues of interest to the Greek Mission. After his graduation, in 2012 he was employed in Zita-Congress, one of the biggest events companies in Athens, where he worked as a conferences marketing assistant, being responsible for arranging and managing the newsletter with potential customers.

In September 2014, Tassos joined the MSc in Tourism Management and Marketing at Bournemouth University, UK, writing his dissertation about “Influential factors of Greek airline brand loyalty: a case study of Aegean Airlines’ loyal customers’”. In September 2015, Tassos joined the eTourism lab by being involved in the EU project “Holy Grail Route”, as a research assistant, focusing on planning and promoting the spiritual and cultural route of the Holy Grail.