CONFIDENT ENOUGH TO LET YOUR GUESTS BE THE JUDGE? 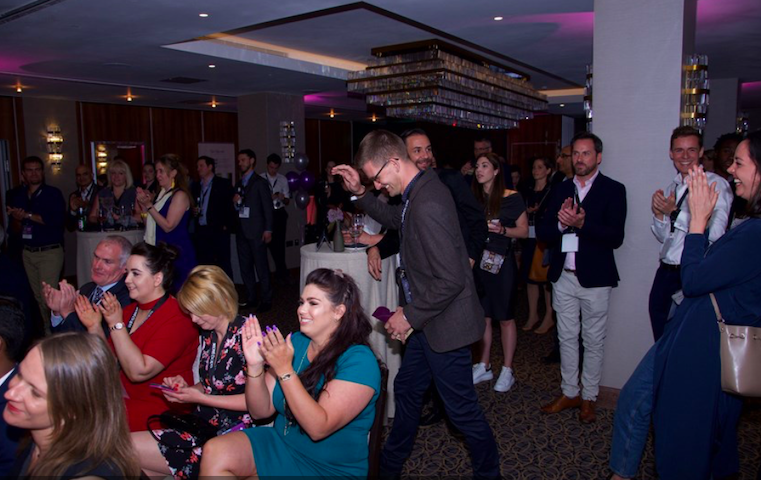 Entries for the 2019 Boutique Hotel Guest Experience Awards (BoHos) are open NOW and will run through to 31 January 2019.

The BoHo Awards recognise hotels for providing excellence in guest experience, and are uniquely not awarded based on scores from judges, critics or social popularity contests and votes, but are 100% based on guest reviews and direct responses.

Entry is completely free, and the awards are open to any UK or international boutique, lifestyle or hybrid hotel. Although entrants do need to be using a guest feedback provider, GuestRevu is offering its services free of charge for the duration of the awards. So what are you waiting for – there’s no reason not to enter!

The winners of the BoHo Awards 2019 will be announced at a ceremony on the evening of the Boutique + Lifestyle Hotel Summit, Europe’s only B2B boutique and lifestyle hotel conference.

The winning categories are:

Is your hotel great enough to WIN the most admired BoHo Guest Experience Awards? If YES, then.. 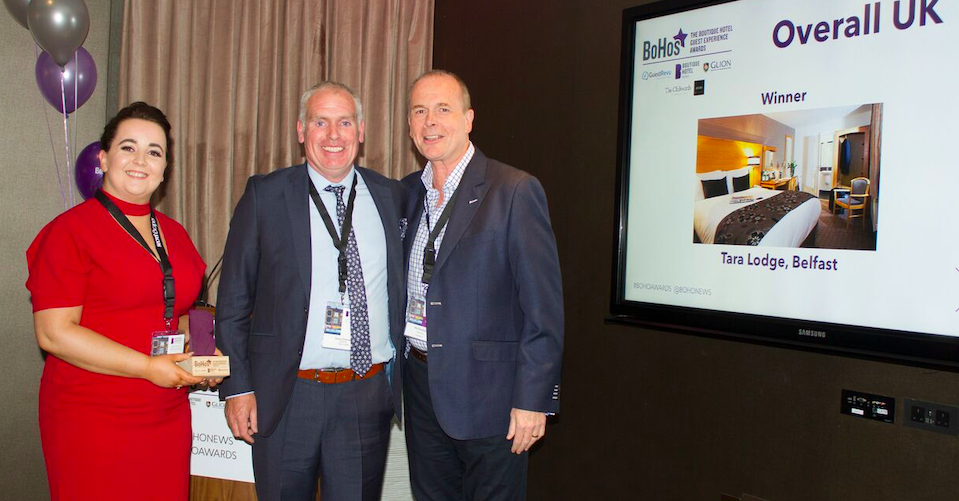 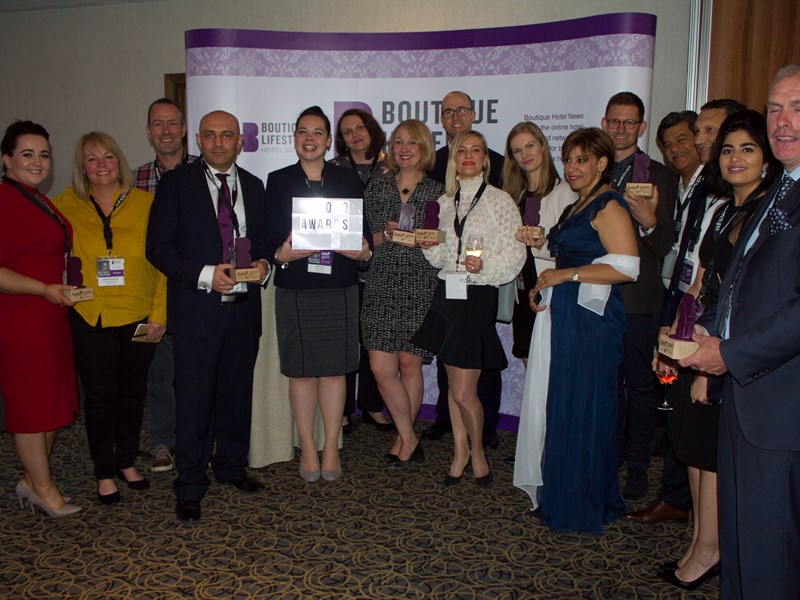 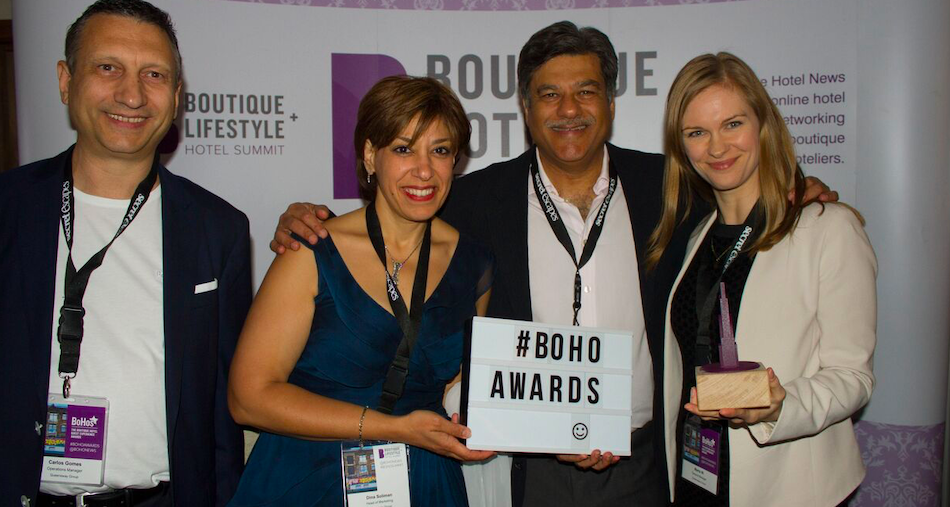 Dr Daisy Fan was invited to participate in a panel discussion on “Over 50s Holiday Market Conference” in London organized by Association of British Travel Agents (ABTA). The panel session was about “Innovations for the over 50s”. Panellists shared their opinions regarding the innovation in service, IT and product design for this emerging market. 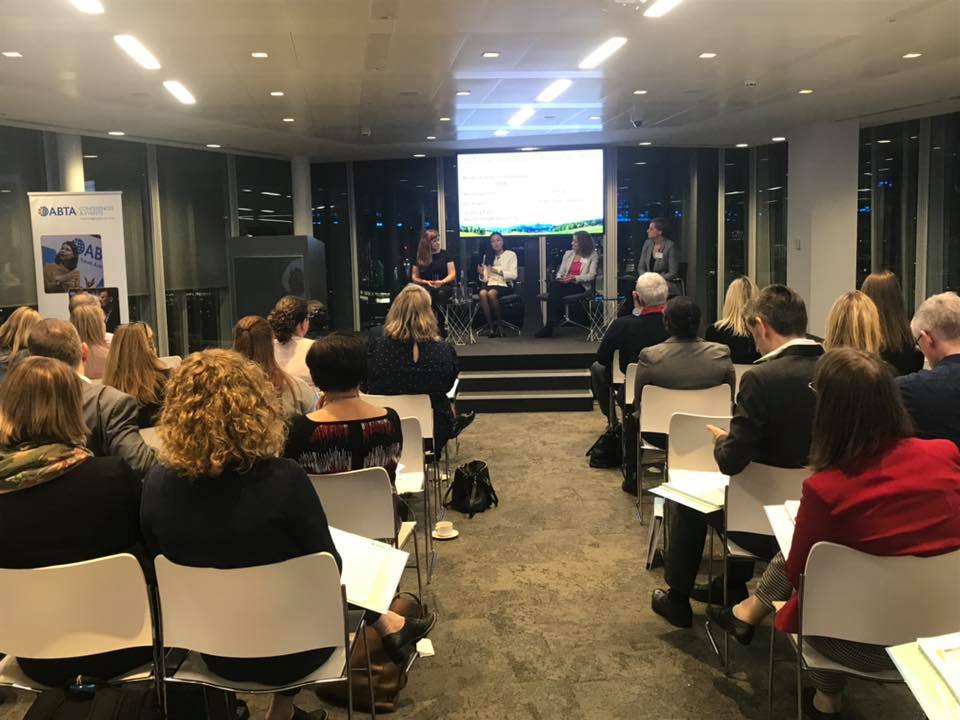 View the full schedule of short courses and click below for more detail about each course.
Information  https://www.bournemouth.ac.uk/about/our-faculties/faculty-management/our-departments/department-tourism-hospitality/professional-development-courses

Please feel free to forward this email to interested parties. 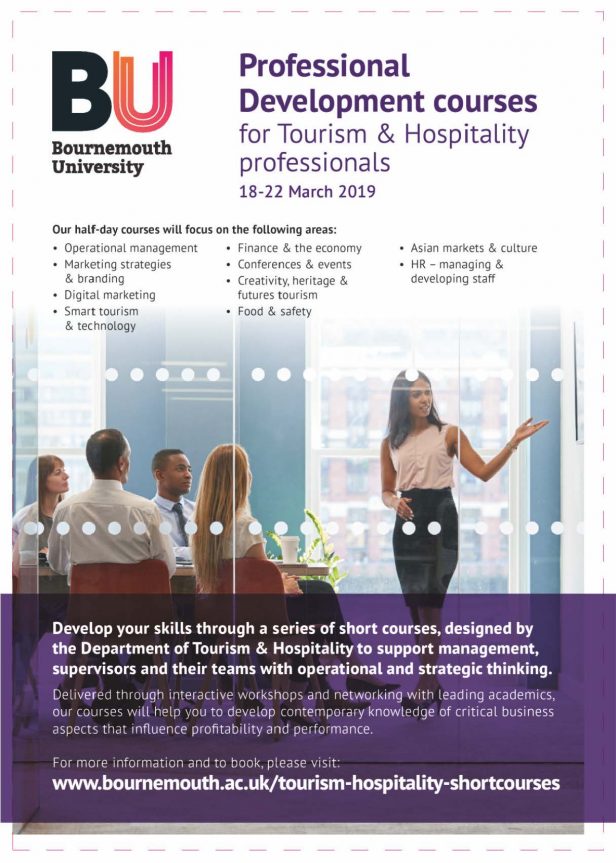 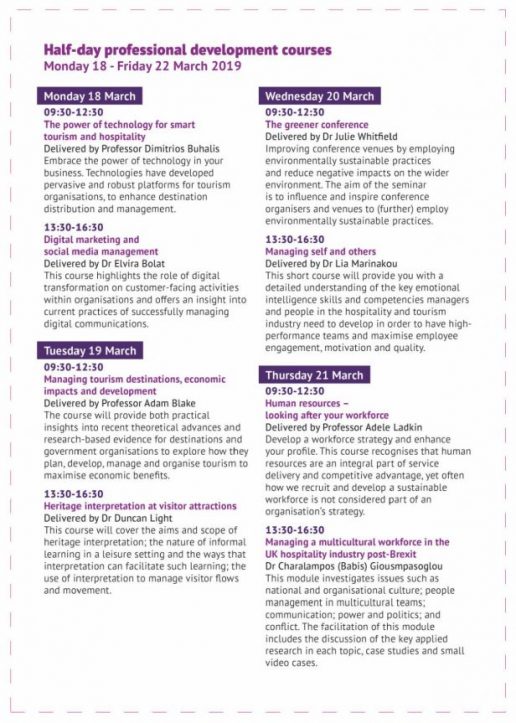 Our Professional development courses for tourism & hospitality professionals are primarily for our partners and help us to develop the competitiveness of the tourism and hospitality industries of the future.  Join us to learn how you can develop your potential and competitiveness through managing your staff, developing your product and service, understanding your customers and using digital marketing. You will also have access to our resources and networks to develop your competitiveness. The courses are delivered through interactive workshops and networking with leading academics and students and will support managers to develop contemporary knowledge of critical business aspects that influence their profitability and performance. We pride ourselves on the cutting edge knowledge and professional excellence we cultivate. The combination of staff expertise and enthusiasm, knowledge excellence and co-creation with industry, generate innovation and best professional practice. We have developed a suite of professional development courses for the tourism and hospitality industry to support managers in their operational and strategic thinking. They will bring you the tools and techniques to help grow your business.

The Department of Tourism and Hospitality, Faculty of Management, Bournemouth University is a top university in the world for the study of tourism and hospitality, ranked 8th in the world for hospitality and leisure management according to the QS University Rankings 2018 and 12th in the world for hospitality and tourism management according to the Shanghai Rankings of Academic Subjects 2018 and 3rd in the UK for hospitality, event management and tourism in the Guardian League Table 2019. We are recognised globally as a leading contributor to knowledge creation and dissemination in tourism and hospitality. A team of 29 academic staff and over 1,000 undergraduate, postgraduate and doctoral students make us one of the biggest and most prolific departments in the world. The combination of staff expertise and enthusiasm, knowledge excellence and cocreation with industry, generate innovation and best professional practice. Our approach is about creating value with everyone we work with, locally and globally, and to share the benefits with society.

Look forward to welcome you to our Professional Development courses.

The (re) emergence of Artificial Intelligence (AI) as a service automation approach leveraging low cost computing and large datasets is impacting consumer experiences and is set to revolutionize tourism experiences. The ubiquitous and prevailing use of mobile devices for communication assures that stakeholders of such ‘consumer experiences’ are required to provide rapid responses to contextual queries made at any time, including within an experience encounter or activity at a destination level. AI tools that can make sense of real-time questions posed by consumers in context can provide significant value and increase engagement as well as reducing costs to destination organizations. The use of AI by tourism organizations is still low and this workshop will explore the opportunities and challenges of engaging AI as a customer co-creation toolset for industry and economic benefits. It will conclude with a scenario development exercise to identify possible futures for AI and Tourism along with a roadmap for the next 3 years of AI/Tourism development.

14:00-15:30 Workshops Designing the future of Artificial Intelligence in Tourism

KEYNOTE Professor Dimitrios Buhalis presentation on smart tourism congress Barcelona 22 Nov 2018
How smart cities evolution is revolutionising smart tourism and how we reengineer the tourism industry of the future.
https://www.youtube.com/watch?v=JEeA9jJpBMk&list=PLcghBmL0M2mE5zp_QeNybk9LAozw4iKtZ
Based on Dimitrios Buhalis research and publications https://www.buhalis.com/publications/
In memory of great friend and eTourism pioneer Oriol Miralbell Izardll Izard who passed away earlier this year 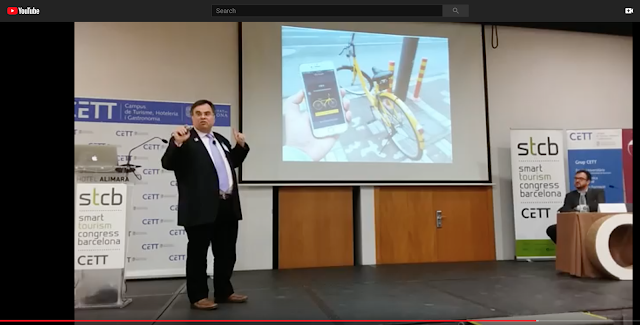 Tourist decision to visit attractions is a complex process influenced by multiple factors of individual context. This study investigates how the accuracy of tourism demand forecasting can be improved at the micro level. The number of visits to five London museums is forecast and the predictive powers of Naïve I, seasonal Naïve, seasonal autoregressive moving average, seasonal autoregressive moving average with explanatory variables, SARMAX-mixed frequency data sampling and artificial neural network models are compared. The empirical findings extend understanding of different types of data and forecasting algorithms to the level of specific attractions. Introducing the Google Trends index on pure time-series models enhances the forecasts of the volume of arrivals to attractions. However, none of the applied models outperforms the others in all situations. Different models’ forecasting accuracy varies for short- and long-term demand predictions. The application of higher frequency search query data allows for the generation of weekly predictions, which are essential for attraction- and destination-level planning. 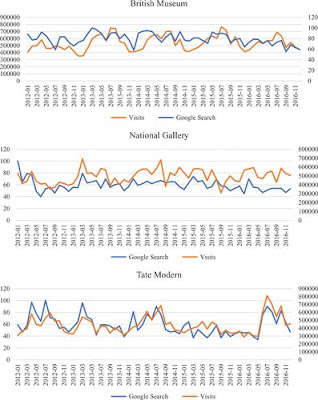 is the Education Partner of the The Boutique Hotel Guest Experience Awards BoHo 2019 https://www.bohoawards.co.uk/ working closely with

The results will be presented at the Boutique Hotel Summit in June in London https://www.boutiquehotelsummit.com/ 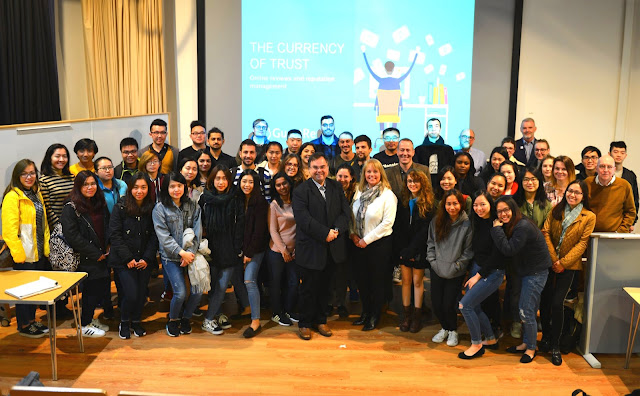 In a meeting at Bournemouth University, the BoHo Awards teams engaged postgraduate hospitality and tourism students who will be doing the analysis of the assessment. Following a guest lecture on the importance of Trust in Marketing and how reviews determine hospitality competitiveness, students were invited to be part of the awards assessment and the conference in London. 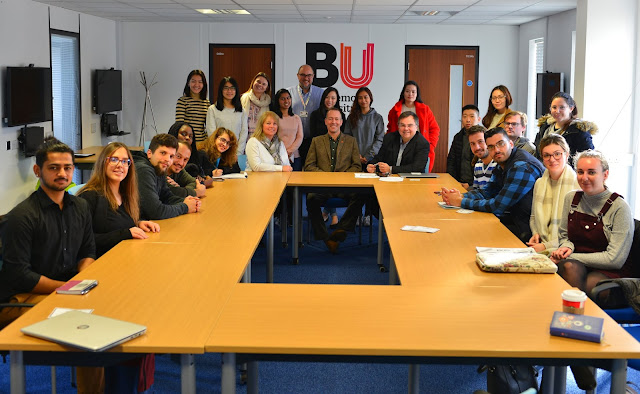 Professor Dimitrios Buhalis, Head of Department of Tourism and Hospitality at Bournemouth University said “we are delighted to work with the leading Hospitality Industry Publisher and to support the BoHo awards. Following the Fusion BU2025 strategy of Bournemouth University we are bringing our students to work closely with industry and technology innovations partners and we disseminate our cutting edge research to society. This partnership will bring multiple benefits to all stakeholders and will help identify best practice in Boutique Hotels around the world.”

Professor Dimitrios Buhalis is preparing for China to contribute to Smart Tourism : Emerging Global Digital Ecosystem at the 12th UNWTO / PATA Forum on Tourism Trends and Outlook Guilin, China Conference  The future of Tourism : Road to 2030 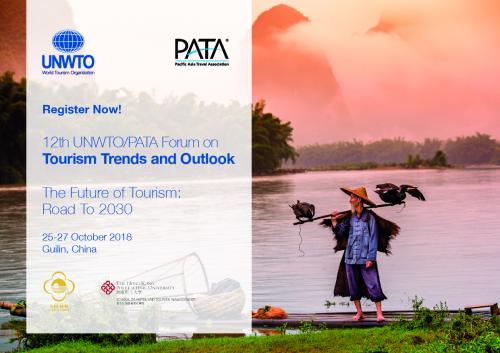 Good nutrition and eating well is an important part of public health and can help stave off a number of age-related illnesses. Over the last twenty years, Bournemouth University’s Professor Heather Hartwell has been carrying out research into nutrition in the context of developing large scale interventions to improve public health. Her work has taken her from prisons to hospitals to workplace canteens. When Professor Hartwell began her research career in nutrition, much of the health policy focus was on one-to-one support for people who were struggling with associated health conditions. The idea that large scale interventions might be successful was only beginning to be recognised.

“One of the first projects I was involved in at Bournemouth University was a commission from the National Audit Office, exploring nutrition in prisons,” says Professor Hartwell, “We found that while prisoners did have healthy eating options, the catering on offer tended to over-rely on processed foods – bread, sausages and pasties, for example. This meant they were eating more salt than the general population, which can lead to high blood pressure and the risk of heart disease. Among other things, we recommended that they used the prison gardens to grow fresh produce, as it was a low-cost way of adding more vegetables to the food on offer. Around the same time, we were also looking at nutrition in hospital catering. In this setting, we found that there were much fewer healthy food options on offer and that meal production and delivery were overseen by a number of different teams – caterers, porters and ward staff. This meant that there was no real consistency and making it easier for miscommunication to take place.”

“It was quite eye-opening working in two very different public sector contexts,” continues Professor Hartwell, “As researchers, it’s important to go into every situation with humility because until you’re fully immersed in the context in which you’re working, you can’t fully appreciate the barriers that staff might be facing. In the NHS, for example, catering managers are often providing three meals per day, drinks and snacks on a very low budget, which limits what they’re able to do. You can’t achieve perfection in any situation, but co-created research can significantly improve what was there before.”

Working in public sector settings and seeing the difference that larger scale interventions could make on people’s health then led Professor Hartwell to consider the difference that healthier eating options could make in workplace canteen environments. “These settings are really important because they’re where people eat on a regular basis, not just one-off celebratory meals. If people are continually being offered unhealthy food choices, then it can have long-term implications for their health. We’re offered very little information about what’s in our food when we eat out, so my starting point was to improve that.”

Over the last few years, Professor Hartwell has been working on a major European grant, FoodSMART, which has been addressing exactly that issue. The grant enabled Professor Hartwell and her team to develop an App, which uses data provided by catering companies to help consumers to make more informed choices about their meals. “We wanted to create an IT solution for the contract catering industry which would both better inform their consumers and also give the companies an edge when competing for new contracts,” explains Professor Hartwell, “It was slightly ahead of its time when we first created it, but is getting much more interest now as workplaces are increasingly concerned about employee wellbeing. Nutrition can help contribute to better health, which helps to reduce sickness rates and can improve productivity too.”

Alongside FoodSMART, Professor Hartwell and her team were also leading on another European grant, which was looking at increasing our protein intake through vegetables. In the context of an increasing global population, it is important for the agricultural and catering sectors to consider more sustainable sources of food. “The project was about encouraging people to get their protein through vegetables, rather than meat, which uses far more resources than arable farming,” says Professor Hartwell, “It’s a healthier way of meeting our protein requirements as vegetables contain less fat and are much more sustainable in the long run.” Partly inspired by the issues of sustainability raised in this project, Professor Hartwell and her team have recently started working on a new research grant with partners in Brazil to consider how to improve our long term food security.