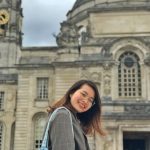 Produced by Linh Trinh
from Vietnam

This year marks a remarkable momentum in British history when Her Majesty The Queen will become the first British Monarch to celebrate a Platinum Jubilee after 70 years of service. The Platinum Jubilee Central Weekend will take place from 2 to 5 June across the UK to celebrate this extra special occasion. Join me in this blog to discover some of the greatest British cultures and traditions.

What is a ‘platinum jubilee’?

A jubilee is an anniversary to mark an important event such as the accession of a monarch to the throne. Even though the concept of Jubilee began in biblical times, today, this term is most associated with the Royal Family. Royal Jubilees are special occasions to celebrate the life and reign of a monarch. Special anniversaries and milestones are often marked with the names of valuable materials. For example, silver is used for the 25th anniversary, gold is for the 50th anniversary, and platinum is for the 70th. In 1977, The Queen’s Silver Jubilee was marked with celebrations throughout the UK and Commonwealth. To celebrate fifty years of The Queen’s reign, lots of events took place in 2002 as part of The Golden Jubilee. On 9 September 2015, The Queen became Britain’s longest-reigning Monarch. In 2022, Her Majesty The Queen will become the first British Monarch to celebrate a Platinum Jubilee after 70 years of service. 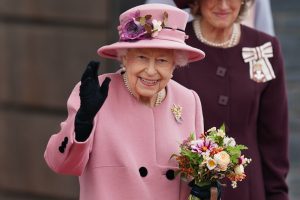 How will the Jubilee be celebrated in the UK?

As part of the Jubilee Celebration, people in the UK will enjoy the Platinum Jubilee Central Weekend, a special four-day extended bank holiday weekend from 2 to 5 June. There will be extensive public events across the UK to celebrate this historic milestone. Festivities will kick off with the Queen’s Birthday Parade on 2 June, which will consist of over 1,400 parading soldiers, 200 horses and 400 musicians. On this day, the UK’s long tradition of celebrating Royal Jubilees, Weddings and Coronations with the lighting of beacons will be continued to mark the Platinum Jubilee. Over 1,500 beacons will be lit throughout the UK, Channel Islands, Isle of Man and UK Overseas Territories in celebration. 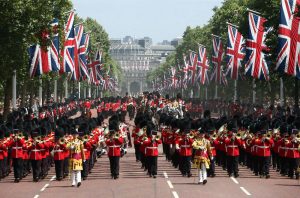 The parade makes its way up The Mall from Horse Guards Parade to Buckingham Palace, central London, following the Trooping the Colour ceremony, as the Queen celebrates her official birthday. Credit: The Royal Family

A Service of Thanksgiving of Her Majesty The Queen’s reign will be held at St Paul’s Cathedral in London on 3 June. A live concert called The Platinum Party at the Palace from Buckingham Palace with A-list performers will be staged and broadcast on 4 June. The public is also invited by the Big Jubilee Lunch to host their own lunches in the heart of their communities on 5 June. People are encouraged to hold street parties, garden parties or afternoon teas as part of the Platinum Jubilee celebrations. You can find out more information on how to get involved at https://platinumjubilee.gov.uk 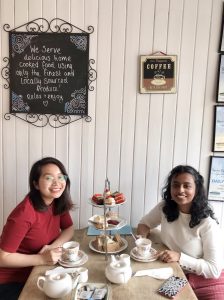 Being an international student, this is a wonderful opportunity for me to emerge myself in one of the most incredible British cultures and traditions. To mark this special occasion, Madhu and I will take over the @BUInternational Instagram account on 2 June 2022, where we will share with you our first time ever experience of a classic British afternoon tea and share with you some interesting facts about the Platinum Jubilee.

A sneak peek at our afternoon tea

The afternoon tea tradition has a long history since its first introduction around the 1800s in the UK and since then has been considered one of the greatest British traditions. Afternoon tea is a meal that consists of tea, sandwiches, scones with clotted cream and jam, sweet pastries, and cakes. The meal is often served between 3 or 5 PM between lunch and dinner. Today, the afternoon tea tradition has become widely popular, meeting friends and families to celebrate special life events. 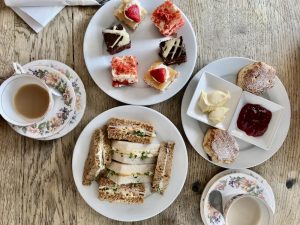 People say that there are two types of people in the world: those who put the milk in first, and those who begin with the tea and add the milk second. And also, when you take the scones, will you put cream or jam first? Curious about how Madhu and I will experience this for the first time? Join us on 2 June 2022 on @BUInternational Instagram to explore more about our views on one of the greatest British traditions! #PlatinumJubilee #HM70