Living in halls when you’re already a local student

Thinking back nearly three years, to when I first started university, I always remember wanting that “proper uni feeling” as I liked to call it. Living in halls was one of the things I wanted to do, even though I had lived in Bournemouth the whole of my life, and so I did!

An important part of university life is becoming independent, moving away and having to fend for yourself. I was initially planning to move away and do just this, but two things stopped me. The first thing – my course (English) was being offered at Bournemouth Uni with more appealing elements than some other universities. The second thing – Bournemouth is such a beautiful place, and I couldn’t bear to leave it behind!

Easing into uni life, I stayed with my parents, but upon entering my second year, I moved into Home Park in the Lansdowne area, which is where a lot of the accommodation is located. 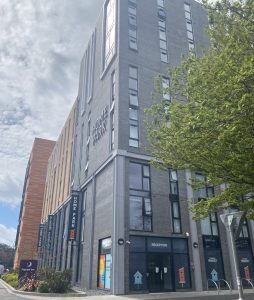 A lot of people asked me, “But what’s the point?”. The point is learning how to cook, buying your own shopping, meeting new people are all important parts of being a student. I was lucky enough to have my parents nearby, but ultimately, I was experiencing living alone for the first time and it was so fun!

Living in halls offered me the opportunity to connect with other students, from a mixture of courses and years, and make solid friendships. I was minutes away from the town centre, I was a short bus ride away from the university and most importantly for me, I had my own study space. All of the benefits of being that independent person, with the added benefit of being able to pop home and see my Mum. 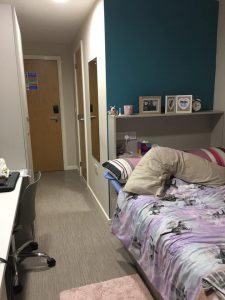 Before moving, I initially thought I would be wasting my student loan, which was a fair concern, but I was so glad I used my loan to further my independence instead of spending it on Subways and KFC (ok.. maybe I used a little money on fast food…).

If you are considering living in halls when you already live in Bournemouth, my only advice is to go for it! You will make friends, become part of a community, be so close to the all-important bars and shops and be able to pop home for a cuppa whenever you fancy! What more could you want?