Professor John Fletcher spoke to BBC Radio 4’s Face the Facts programme today about the economy of the UK Tourism industry, and what patterns are expected to arise in the near future.

John revealed that the UK tourism industry is the 3rd largest export after the chemical and financial industries, and it affects every sector of the UK economy, from hotels, to transport and agriculture.

Also giving the tourism industry credit for being ‘incredibly resilient’, as it survives natural disasters like Tsunamis. Although with residents outside of the EU having to apply for two visas to visit the UK under the current Schengen agreement John said,

“It is harder to come to the UK than it ever has been, it is forecast over the next 17 years that tourism will grow by 60%, half of this statistic is expected to be Chinese, the effort expected of them to get a UK Visa is crazy.”

John also says that domestic tourism shouldn’t be forgotten, as it is a large part of the tourism economy, and that the Olympics may even bring a dip in tourism to the UK as visitors will be dissuaded by crowding, but credits the UK’s appeal,

“We have so much going for us, we have a gift of presenting our culture and heritage, even in the rain!”

With Greece in the news recently regarding their position in the Euro, Professor John Fletcher, Director, International Centre for Tourism & Hospitality Research at BU discusses the effects of this on tourism with the potential of cheaper holidays.

Prof Fletcher said: ‘The economic crisis has already had a dramatic effect on tourism in Greece with the industry’s contribution to the Greek national economy falling significantly from its 2007/8 high. The current situation is a double-edged sword in that the strong £1 means that the tourist offer in Greece is more attractive than it has been for many years, not so much in terms of the cost of the packages, but in terms of the tourists’ spending once they arrive – things are currently much cheaper!

‘However, its not all olives and sunshine – first, attracting more tourists can create greater environment and social stresses without bringing in greater revenue if it attracts tourists that are spending less per head. To add to this, the civil unrest witnessed recently tends to deter tourists from travelling to places that are perceived to have an enhanced level of risk – even though the unrest tends to be confined to the urban areas rather than the tourist resorts which are well away from the protest areas – but tourists still find such events unsettling and there are alternative destinations they can go to where the perceived risks are not so high. Finally, the Euro crisis in part being driven by the turmoil in Greece can have major repercussions on the UK economy which is already hurting from the global financial crises. This means that UK tourists may travel less often in the next year or two until matters are stabilised and this could add further pressures to faltering Greek economy. The end result is that the Greek tourist industry is likely to be in for a roller coaster ride over the next few years.’

Events management students were challenged to a Dragons Den style entrepreneurial presentation on Tuesday 24 of April, fighting for the ‘investment’ of Tony Brown CEO of Beales department stores.

There were 4 presentations throughout the morning, each trying to impress Tony Brown to be awarded the best business idea to suit Beales, £100 worth of vouchers and a day shadowing the CEO himself at work.

The first group proposed a ‘Toytastic’ ticketed event, which did impress the Dragons, although they were criticised for using inaccurate marketing and advertising costs, and not using enough digital marketing.

Francesca Gorvin, a student from the ‘Toytastic’ group said after her presentation,

“I think it went really well and we had a few issues with group dynamics in the year, so think that now that has been resolved I think it was a good turn out and it has been received well by the dragons.”

Other presentations included a ‘Gourmet junk food’ event, which would feature a celebrity chef teaching students how to cook healthy typical junk food meals focusing on discounted cooking equipment, ‘Beales be beautiful’ a complimentary focused fashion and beauty event, and ‘Beales Olympics’ focused on using the Xbox kinect to hold Olympic based competitions in store.

Tony Brown CEO of Beales department stores described the presentations as ‘very innovative’ and will probably use ‘some aspect of all of them’. He also gave some practical advice to the events students,

“I think it would be useful for students to get involved in the real commerciality of what businesses do… to understand the rationale about what stands behind it and the real costs, as that’s the bit that I think most groups have missed.”

After all the tough pitching and stiff competition Tony declared each team a winner, stating the ideas were all so innovative he could see them all working in the store, promising to duplicate the voucher money for each team.

“The students did so well Tony Brown couldn’t choose the best one which is phenomenal really, so we are really proud that they have come on from the journey from their tour around Beales to standing up in our board

room at Bournemouth University today and doing their presentations.”

Keith was invited to be a key note speaker at the convention. He  highlighted the importance of  the skills graduates could acquire during their studies

Jeremy Kerswell, Head of Land-based Studies Sport and Services was at the Cannington Centre said: “Your input helped to ensure the day was extremely successful. Our students were delighted with the Convention, gaining a significant amount of valuable advice and guidance regarding future careers and pathways.”

Tourism expert Fiona Jeffery, who is chair of annual trade exhibition the World Travel Market, will provide a unique insight into her career on Wednesday 14 March, in a public lecture at BU.

Fiona, who was appointed OBE in the New Year Honours list for services to the tourism industry, will be reflecting on her career in the travel and tourism industry, as well as answering questions from students, staff and guests on topics ranging from tourism, marketing, retail, events and hospitality.

She will also be taking part in a discussion about trends in tourism with academics from the School of Tourism.

In 1998 Fiona founded and is now Chairman of the international water-aid charity Just a Drop which the eTourism Lab of BU has been supporting with a social media strategy. The charity aims to deliver clean water to over 1.1 billion people worldwide who have no access near to their homes and by doing so reduce the instance of child death caused by polluted water across the world.

In her role at the World Travel Market, Fiona has created two key initiatives in association with United Nations World Tourism Organisation (UNWTO), launching the Ministers Summit and World Responsible Tourism Day which take place each year at the international event.

Fiona is a trustee of the charity The Travel Foundation, a Board Member of Tourism Society, received the Shine Woman of the Year Award in 2008 and was nominated for the TTG Outstanding Achievement Award in 2011.

The free lecture will be at the University’s Talbot Campus on Wednesday 14 March at 4pm, with registration from 3pm.

If you would like to attend this event you can register online.

This is an exciting and unique event happening at BU. The School of Tourism will be hosting a Careers Forum, including key note speakers, workshops and a Careers Fair focused on the Hospitality and Events industries.

The event has been organised by current level I Events students as part of their degree. They have done a great job in putting together a great programme for the day and have benefited immensely from engaging with industry in a highly professional manner.

Further details will be available soon through regular updates and marketing campaigns. Please bear in mind that spaces will be limited as there will be invitations to external organisations and educational establishments as well, so please book when available.

Places are free, and open to all staff and current BU students and will take place in the Barnes on Talbot Campus, 3-4pm on 14 March.

In response to the significant growth in the number of publications emerging in the field and an increase in interest from policymakers and practitioners in academic research on the theme of tourist destinations, Professor Alan Fyall (School of Tourism, Bournemouth University), Dr Brian Garrod (Aberystwyth University, UK) and Dr Youcheng Wang (University of Central Florida, USA) have recently launched Elsevier’s new Journal of Destination Marketing & Management (JDMM).

The ambitions of the journal are such that it aims to be the leading international journal for the study of tourist destinations by providing a critical understanding of all aspects of their marketing and management, as situated in their particular policy, planning, economic, geographical and historical contexts.

The objective of JDMM is to publish up-to-date, high-quality and original research papers alongside relevant and insightful reviews. As such, the journal aspires to be vibrant, engaging and accessible, and at the same time integrative and challenging. The journal will be of particular interest to those involved in the interdisciplinary approach of marketing and management, economic development and planning, geography, sociology, psychology, anthropology, retailing, policy making and public administration of tourist destinations.

Professor Fyall said: “This new journal provides a really exciting opportunity to consider the truly interdisciplinary nature of tourism destination research. JDMM is the first new journal from Elsevier in the area of tourism studies for more than 30 years which is testament to the increasing interest in the study of tourist destinations and the excellent quality and experience of the journal’s international editorial board”.

As if to confirm this prediction submissions for the first edition look like they will be both an interesting read and of the very highest quality while the journals first special issue on destination experiences (to be published in Spring 2013) has attracted widespread interest from around the world. 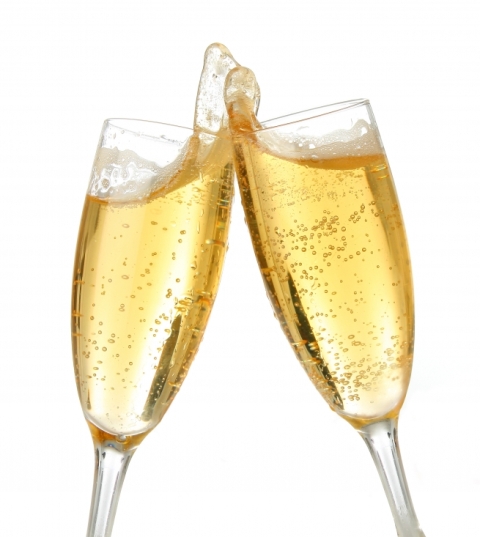 Alumni are invited to join this celebration of 21 years of Leisure Marketing, organised by a group of current ‘BALM’ students.

Come celebrate, catch up and be reBUnited with alumni friends and lecturers of Bournemouth University. See how the course and University has evolved and raise money in memory of accomplished Leisure Marketing academic Mike Morgan.

Please forward any memorable digital photos taken whilst on the BALM course for use on the event night. Also if you have any dietary requirements or queries please email us at: balm21st@gmail.com

We look forward to celebrating with you!

As BALM students, we like to think about the environment!  Please consider using public transport to the

Have you ever been to Lochmuir or Willow Farm? No, because neither place exists. They are fictional locations created by Marks and Spencer and Tesco as origins for their Salmon and Chicken.

Associate Professor in Food Service and Applied Nutrition Heather Hartwell spoke to Which? Magazine about her research into food labelling. Discussing how the choice of wording can evoke different emotions and affect our food buying habits.

The article explains that words such as ‘real’, homemade and hearty attract people because the words evoke feelings of comfort.

Professor Heartwell said ‘These words fall into the “affective” category. They allude to emotions that can trigger happy memories such as grandma’s apple pie. Manufacturers, retailers and caterers play the nostalgia card and it persuades consumers to buy their goods.’

The article is printed in the current edition of Which? Magazine

Louise Hanlon-Brooks, 39, a mother of three and a resources planning manager for the School of Tourism at Bournemouth University, took part in the challenge to raise money for The Stroke Association, after her father, Roger, suffered a series of mini-strokes in October 2011 on Christmas day.

Her story was published in the Bournemouth Echo today which you can read in full here.