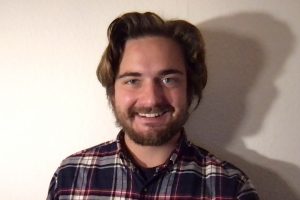 This is a guest blog post from BU student, Lionel Von Croÿ. From his time at BU as a MA Advertising student, Lionel attended weekly guest lectures and was able to secure industry connections leading to his 6-month placement.

Every Wednesday we attend a Course Leader Presents talk, which is essentially a guest lecture from someone in the industry. After one of these occasions, I had the wonderful opportunity to apply for an internship at Proximity Worldwide. This is one of the many agencies in the American-based BBDO Group.

In fact, the talk which was given by a BU alumna was primarily focused on a campaign they had worked on for Porsche, which sparked my interest immediately. I’ve had a passion for the car industry since I was a child, I had dozens of questions during the guest lecture. I wanted to know everything they had done for Porsche, and especially about the insights they had discovered, which lead them to create a campaign that stood out from the crowd. A new style of campaign that juxtaposed Porsche’s brand image and previous communications strategy.

The details were fascinating and made me really want to work for an agency with industry clients that linked back to my childhood dream.

Excitingly, the BU alumna delivering the talk offered for anyone interested in an internship to email her. Naturally, I sent my CV the very same evening. At first, I was told that there wasn’t a budget to currently employ an intern, as they were hiring a Junior. I thought the opportunity was lost but weeks later they were back in touch with some wonderful news.

Internal conversations had been taking place and a budget was now allocated for an intern, so the week-long application process began. I was told I’d been successful in my application, and I am now working a 6-month internship in the Strategic Planning department.

The Course Leader Presents series provided invaluable networking opportunities, it gave me the opportunity to directly be in touch with an agency. The guest lectures gave us the opportunity to learn from experts and make connections in a famously complicated industry to get into.

My advice would be, if academia gives you a networking opportunity, in any form, jump on it. It’ll be worth it!