USA to the UK: The biggest differences and similarities I have experienced Produced by Emily
from United States

Arriving in the UK

Being from the US, the one thing most Americans would be able to say about the UK is that the general population speaks English. When I arrived in Bournemouth I found that a shared language does not mean a shared culture. There are many differences between life in the UK and the US. In the US, we are very accustom to the superstore that has everything that you could need. A superstore in the UK is not to the same scale as ones in the US. ASDA is the equivalent to Walmart in the UK but the size of the store is on a much smaller scale than Walmart.

I have found that although there is an abundance of groceries, things such as home goods, toiletries, and bedding are all condensed to one aisle for each section. These aisles supply the necessities but is far different from the multiple aisles of towels or bedding usually found in the local Target. On arrival to the UK, I did struggle to find necessities such as clothes hangers in the local stores. Luckily one of the similarities between the UK and the US is the access to Amazon prime.  As a student, you are lucky enough to qualify for 6 months of free Prime that allows you to find all the things that couldn’t be found in the store and have it delivered to your door. One of the first differences I noticed is the incredible public transportation system in the UK. Trains and buses have routes expanding to all cities and towns across the country allowing students without cars the ability to travel. In the US depending on which state you live in, it is incredibly hard to travel to another country in a day.

In the UK, travel to another country is just a train ride away. Anyone looking to not only get an education, but explore the world will find that the UK is a prime location to do both.

From Bournemouth, you have access to many major and historical cities. The UK boasts buildings and cities that easily predate the formation of the US and will make anyone stop in amazement. In Bournemouth, students don’t need to travel to see some of the best sites the country has to offer.

It doesn’t matter where you are in the world, the ocean and its beaches are a top holiday destination. From the sandy beaches in Bournemouth to the Jurassic Coast, the ocean provides wonder and relaxation. Moving to the UK from the US comes with many new challenges and experiences but eventually the things that were strange become familiar as you grow accustom to your new home. 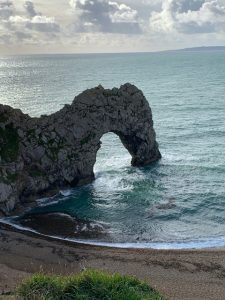 Welcoming students from the United States of America | Bournemouth University